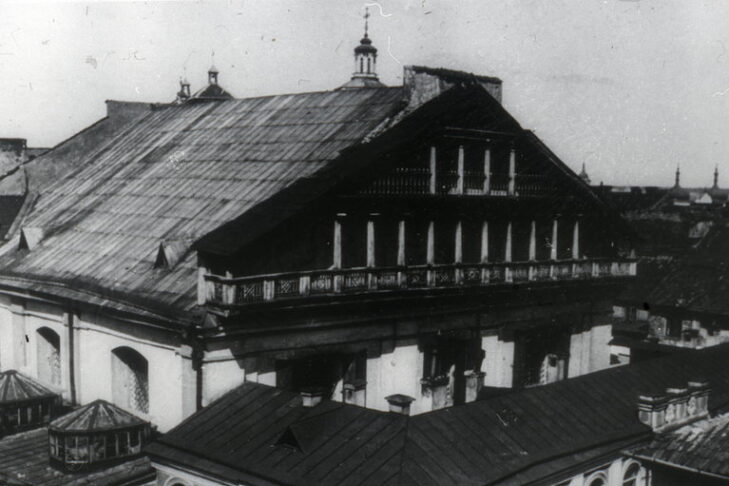 Be among the first to see a sneak peek of “The Secrets of the Synagogue,” a film that documents the uncovering of the grand religious institution in Vilnius. This glimpse into the uncovering of the Great Synaogogue of Vilna will be followed by a riveting discussion with part of the team that made this amazing discovery possible: U.S. archaeologist Dr. Richard Freund, Lithuanian Film Project director Loic Salfati, geoscientist and ground penetrating radar expert Dr. Harry Jol and lead cartographer Dr. Phil Reeder.

The Great Synagogue of Vilna, the spiritual and physical home of the Lithuanian Jews, one of the oldest and most significant religious and cultural sites of Eastern European Jewry, was ransacked during World War II and destroyed by the Soviets in 1956. An elementary school was built on top of the remains.

The film chronicles the process to uncover, document and now preserve the remains of this synagogue. As part of the process to find a fitting memorial for the synagogue and its associated buildings, a joint expedition of professionals, students and volunteers from the Lithuania, U.S., Canada, Israel and other nationalities have formed to excavate, preserve and present in-situ the remains of the Great Synagogue as part of an overall plan for safeguarding the memory of the Jewish community of Vilnius, the “Jerusalem of Lithuania.”

This documentary tells their story and the story of the Great Synagogue, a symbol of lost civilization, and thanks to the Good Will Foundation of the Jewish Community of Lithuania, this work has been ongoing since 2015.

Please note that you will see only a portion of the film, not the entire film, as it is not yet completed! We expect to premiere the film in its entirety in 2021. You will receive a link to watch an exclusive preview several days prior to the Nov. 1 panel discussion.

This event is in partnership with Birmingham Holocaust Education Center, The College of William and Mary, Duquesne University, Christopher Newport University, University of Wisconsin-Eau Claire, Lithuanian Culture Institute and Consulate General of the Republic of Lithuania in New York.