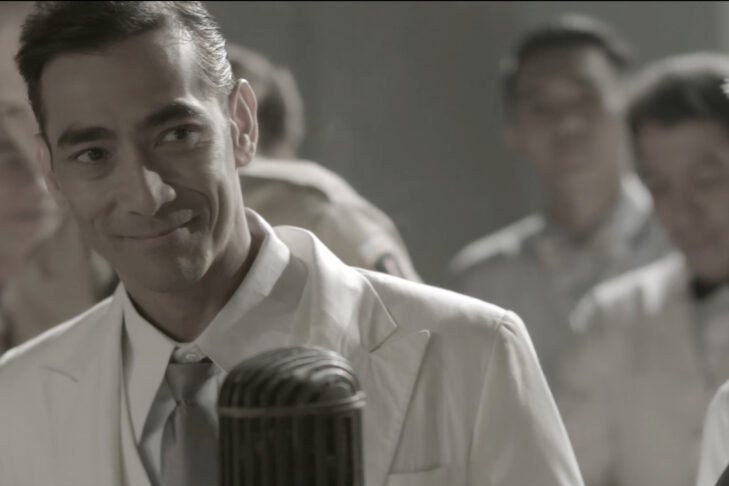 In an effort to overcome ongoing objections, Philippines President Manuel L. Quezon (Raymond Bagatsing) takes to the airwaves to enlist the support of the Filipino people to publicly convince the U.S. to allow Jewish refugees to emigrate to the Philippines during World War II; the tactic works. (Courtesy ABS-CBN Films)

The new film “Quezon’s Game” tells the little-known history of Manuel Quezon’s single-handed rescue of Jewish refugees from Nazi Germany. Quezon was the second president of the Philippines from 1935 to 1944, at a time when the country was still a commonwealth of the United States. America’s strict immigration quotas and the underlying antisemitism behind them were challenges for Quezon.

Matthew Rosen, a British national who has resided in the Philippines for over three decades with his Filipina wife, Lori, directed and co-produced the film. Rosen learned about this little-known episode of history in 2009 from The Jewish Association of the Philippines. In an interview about the film, Rosen said: “I’m Pinoy at heart, and this was truly a passion project for me. The story behind ‘Quezon’s Game’ remains a reflection of the Filipino people today, a warm and welcoming culture.”

The film opens in 1944 with an ailing President Quezon and his wife, Aurora, watching a newsreel of the mass deportation of Jews to Hitler’s concentration camps. Quezon turns to his wife and pointedly asks: “Could I have done more?” The question not only lingers but also echoes a similar one asked by another unlikely hero of the Holocaust, Oskar Schindler. (Schindler asked how many more lives he could have saved if he had sold off more of his belongings.)

Quezon, however, is not plagued by Schindler’s moral ambiguity. “In a time of war, when the rest of the world was in despair and apathetic, the Filipino people—who were suffering their own hardships—shed a light on justice and morality to lead others,” Rosen said. “Quezon fought a lonely battle for what was right up until his untimely death.”

The action begins in earnest in 1938. Quezon and his aides conduct backroom diplomacy over card games and moments of stolen conversations in what appears to be an endless cloud of cigar smoke. The war is escalating, and a telegram from the Jewish American cigar mogul Alex Frieder tells of Germany’s plan to exterminate the Jews. The news rattles Quezon, who comes up with a plan to save up to 10,000 Jews. 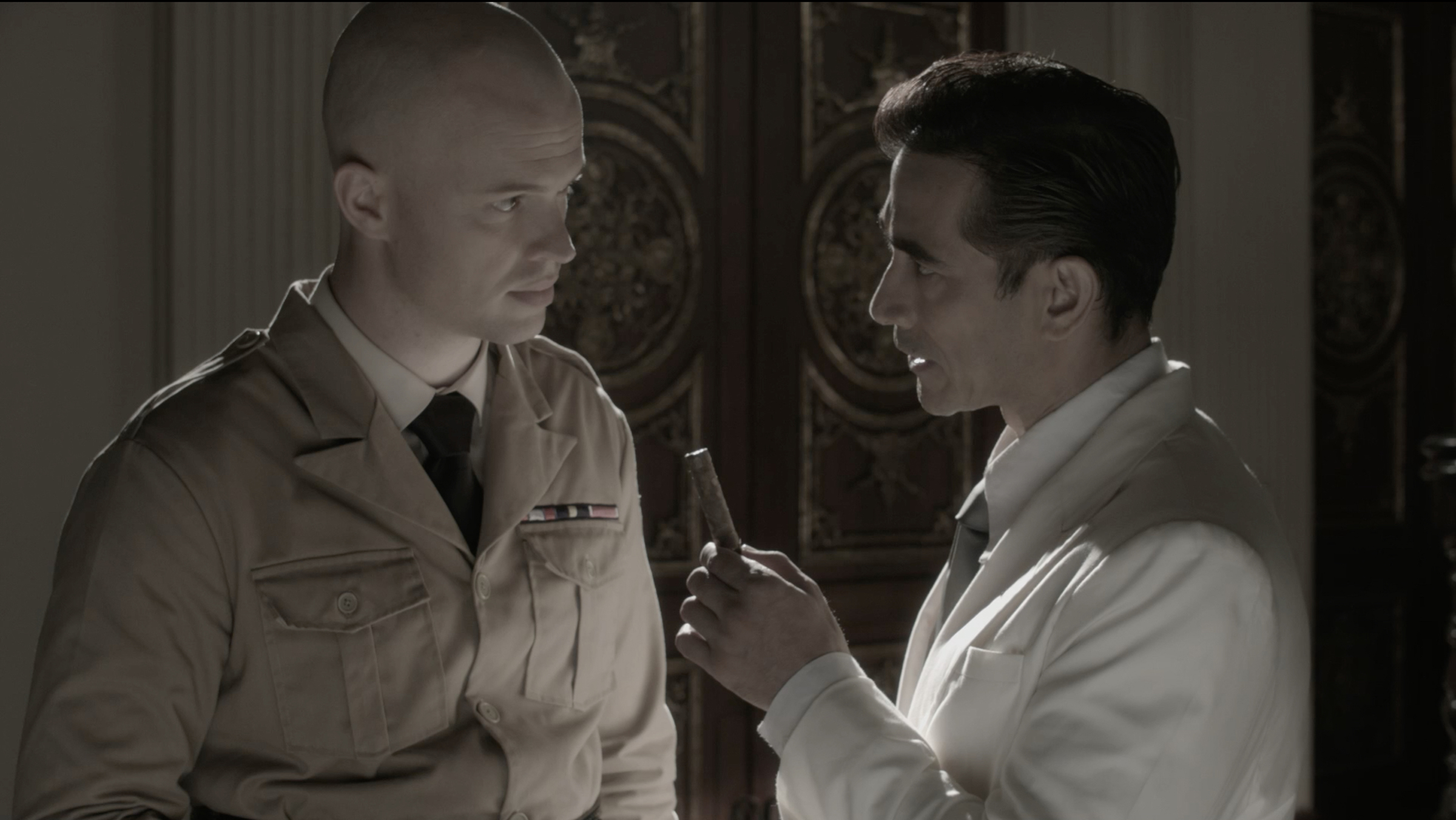 Under the guise of boosting the Philippine economy, Quezon takes out classified ads asking Jewish professionals to come to his country. The plan appears to be a solid one in theory, but there’s a major stumbling block—the United States’s aversion to opening up the Philippine border. Four years later, in 1942, Quezon’s “game” is forced into an abrupt end after the Japanese invasion of the Philippines. Only 1,200 Jews were saved; it was far from the thousands Quezon had envisioned rescuing.

Aside from the daunting logistics and problematic politics, internal conflicts and a relapse of tuberculosis further challenged Quezon. Trying to persuade the United States to grant the German Jewish refugees exit visas to the Philippines is a trying exercise in frustration and ultimately, in futility. Things become so grave that at one point, Quezon and Frieder are forced to cross names off a list of Jews who have applied for visas to enter the Philippines. Quezon died in 1944 in exile in Saranac Lake, New York, his dream of saving 10,000 Jews unfulfilled.

Other familiar figures who appear onscreen to endorse Quezon’s dramatic rescue plan include Dwight D. Eisenhower, a young U.S. Army colonel and future president of the United States. At the time, Eisenhower was a military attaché to the Philippines. American diplomat Paul V. McNutt jettisoned his political career and presidential ambitions in the name of doing what was right and decent for the Jewish refugees. Quezon himself was also willing to lose his base of support and the votes that came with it to follow his ethical compass.

America’s ruinous immigration policy is embodied in the fictional diplomatic liaison Jonathan Cartwright—a composite of the anti-Semites and segregationists who tainted the American political landscape. There’s even a Nazi who arrives in Manila in full SS regalia in charge of security for the German embassy. These two characters, straight out of central casting, are symptomatic of what keeps “Quezon’s Game” from becoming a significant film. Stiff performances, save for Raymond Bagatsing as President Manuel Quezon, plague the film, as do the relatively poor production values. The result is a film that’s a cross between a heavy-handed television movie and an awkward stage reading.

As this chapter in Holocaust history proves, there’s still a great movie to be made about the Filipino rescue of Jews from the Holocaust. Quezon did not live to see the end of the war, Philippine independence from the United States in 1946 or the founding of the State of Israel in 1948. Yet, as the film’s end credits rolled, Jews who came to the Philippines provide moving testimony about the kindness of President Quezon and his people. More of that sort of footage would have bolstered the noble intentions of “Quezon’s Game.”