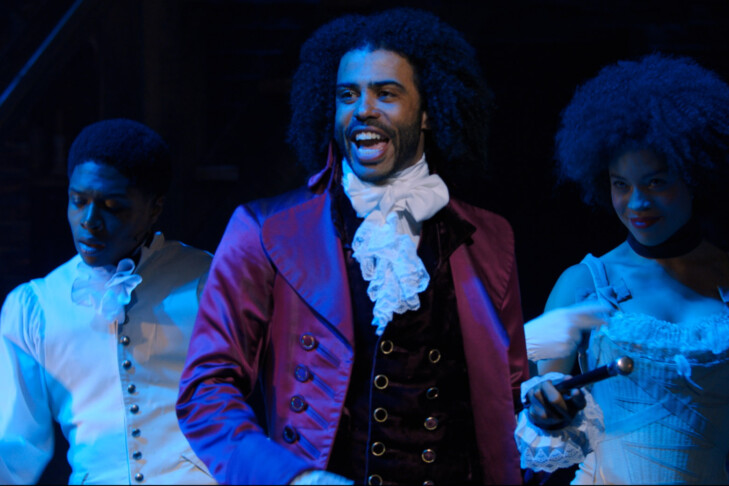 For the past three years, I’ve written a version of this article each December. I usually start with a wink and a nod at the general trash qualities of the year in question. I described 2017 as “a wretched hive of scum and villainy,” 2018 as “literally the worst” and 2019 as a “dumpster fire.” Dear reader, I shall not attempt to find a metaphor or adjective to encapsulate the experience that was 2020. Instead, I offer you this nauseating triptych by Hieronymus Bosch as a fairly accurate depiction. A picture really is worth a thousand words.

You may have been tested, challenged and traumatized this year in ways you could never have imagined. I know I have. Thank god for these five Jews who inspired me in 2020. I have clung to them like Kate Winslet clung to the floating door wreckage in “Titanic.” 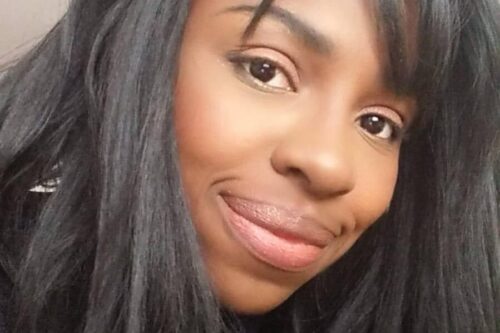 The murder of George Floyd was an inflection point for American society. So many Americans from all walks of life joined together this summer to protest our country’s systemic racism and police brutality, and to affirm that Black lives matter. I had not, however, anticipated the “Tahalucha for Social Justice” march in Crown Heights, Brooklyn. On June 6, Chassidic Jews gathered in front of 770 Eastern Parkway, the heart of the Lubavitch Chassidic movement, to march in solidarity with their Black neighbors.

Crown Heights has a fraught history with racial and antisemitic violence, and the communities of that neighborhood often live in tension. To see women in tznius (modest) dress and sheitels (wigs) and men in the iconic Chabad Borsalino fedora pushing strollers and carrying signs that said “Jews for Black Lives” and “Defund the Police”? I felt like saying a Shehecheyanu, and it wasn’t just me! Even Dan Rather chimed in on Twitter with his surprise and appreciation.

Who had spearheaded the organizing of this deeply meaningful moment? Maayan Zik, a Chassidic Jamaican American social activist, that’s who. As a Black woman, an observant Jew and the mother of biracial children, she’s a person who has faced racism within her community. She addressed the gathering with a d’var Torah (talk-based Torah), linking Jewish teachings to the fight for racial justice: “Together, we are raising the flame of justice and kindling it in hearts and minds!”

Maayan’s inspiring work is ongoing. She recently announced a project called “Kamochah” to support and give a voice to Black Orthodox Jews and engage with the broader Orthodox community. She and her like-minded progressive Orthodox friends created the group Ker A Velt, a Yiddish rallying cry urging us to “turn the world over” in pursuit of a world liberated in justice and peace. Her goal is to “bridge the diversity within Crown Heights and beyond.” Amen, and thank you, Maayan! If anyone can flip the world’s status quo on its head, it’s clearly you.

If you want to learn more about Maayan’s story and advocacy, read this Vogue article about her, and watch footage from “Tahalucha for Social Justice” below. 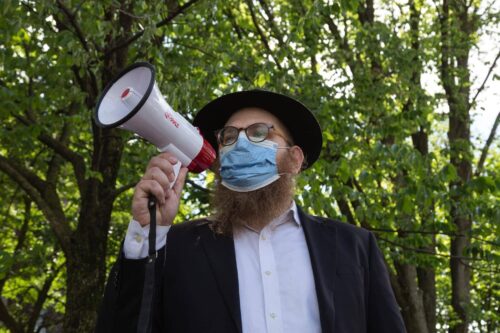 Oh, hey! It’s Ephraim Sherman, another member of Ker A Velt doing the literal most to fix this stupid, stupid world. Ephraim is a resident of Crown Heights (with his marvelous wife and kids) and works as a nurse practitioner. (He also plays the bagpipes!) His impassioned speech about privilege at the “Tahalucha for Social Justice” was jaw-dropping: “When the streets of New York City are filled with peaceful protestors who are asking for basic justice and the basic right to exist in a Black body without being murdered…it is my duty as a human being, an American and as a Jew to use that privilege to the defense of the Black community when they need it, when they tell you they need it and how they tell you they need it. This is not just today, but for the rest of our lives!”

Ephraim isn’t just on the right side of history on issues of racial justice—he’s an actual front-line hero who worked in makeshift ICUs in March and April at the beginning of the pandemic. To this day, Ephraim’s exhausting uphill battle against the massive misinformation around COVID-19 in his community continues. He and other pro-science frum (religious) medical professionals are trying to save as many lives as possible in the face of a vast communal disassociation from the reality of the pandemic and distrust of secular authority. Ephraim, thank you for reminding us all that nothing is more important than pekuach nefesh (saving a life). 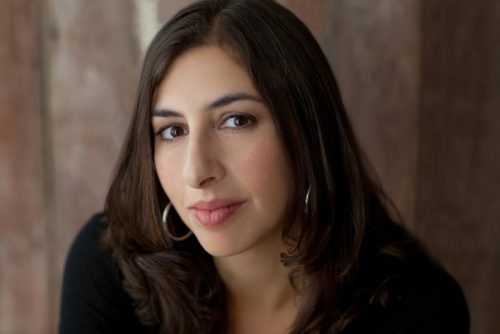 There are few things more enjoyable to me than a really great, illuminating Twitter thread on a Jewish topic by Rabbi Danya Ruttenberg. Rabbi Ruttenberg, beyond being an author of books and myriad articles, is the absolute queen of distilling Jewish knowledge into Tweet-thread form. For example, in one thread, she elucidates 2,000 years of Jewish history, from Bar Kochba to the Mishna, the development of Babylonian Talmud, Rashi, Maimonides, antisemitism, the plague, the Inquisition, Yosef Karo, the Zohar, Shulchan Aruch, Baal Shem Tov, Kabbalah, Haskalah, emergence of the Conservative and Reform movements, Mordechai Kaplan and Reconstructionist Judaism, and beyond. All of this, in a series of linked tweets! If you want to understand Judaism while standing on one foot (à la Hillel the Elder), all you have to do is stand on one foot and scroll through Rabbi Ruttenberg’s feed.

Now, being a woman on Twitter is notoriously horrible; doubly so when that woman is an expert in her field. There is always someone out there (usually a man) who thinks that because one time they skimmed a Wikipedia article about Judaism, they are now EXPERTS. These people invariably pop up in her mentions to smugly try and “school” Rabbi Ruttenberg. The only thing I enjoy more than the actual threads are her epic responses to random folks who clearly did not finish the thread before putting in their unsolicited two cents. (May I add—the randos are never correct. The rabbi knows her shit.) I get a marvelous dopamine hit every time she shuts down a troll with a variant of, “Did you read the thread? Read the thread.” It’s now a running joke among her followers. People, in 2021, just read the damn thread. 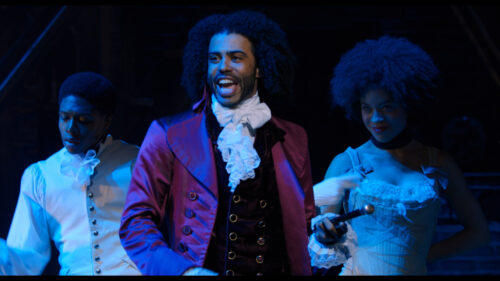 OK, yes, I KNOW. I’m YEARS behind the rest of the world when it comes to “Hamilton” fandom. In my defense, this year was when Disney+ released the filmed performance of “Hamilton,” and thus it was this year in which I pledged my undying loyalty to Grammy and Tony winner Daveed Diggs, originator of the Marquis de Lafayette and Thomas Jefferson roles.

Did I spend hours upon hours practicing “Guns and Ships” to see if I could possibly keep up? Obviously. I cannot possibly fathom a better use of my time. Did the ferocious, righteous “Chapter 319” from Daveed’s group clipping replay in my brain for five months? Absolutely, especially the very catchy pre-chorus where Daveed raps: “Donald Trump is a white supremacist—full stop/If you vote for him again, you’re a white supremacist—full stop.” And, lastly, did I absolutely lose my damn mind when Daveed (the correct Hebrew pronunciation of “David”) dropped the absolute BANGER that is “Puppy for Hanukkah”? YOU BETTER BELIEVE IT. The non-tokenized representation of Black Jewish children! The inclusion of the line, “Adonai ain’t gonna trip”?! THE PUPPY?! I’m absolutely plotzing. Daveed Melech Yisroel, I love you. Full stop. 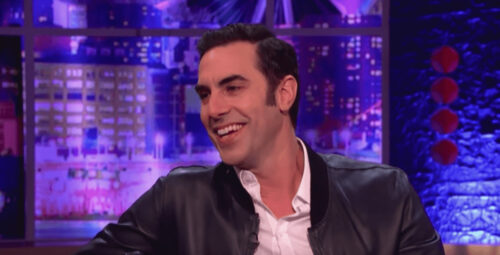 Sacha Baron Cohen was on this list last year for his amazing work in fighting antisemitism and for his portrayal of Eli Cohen in “The Spy.” This year, Sacha was the gift that keeps on giving. He stole every scene in “The Trial of the Chicago 7” as Abbie Hoffman. And then, in October, he unleashed “Borat Subsequent Moviefilm: Delivery of Prodigious Bribe to American Regime for Make Benefit Once Glorious Nation of Kazakhstan.” Dear god! I watched it with one eye shut, cringing as Sacha and his brilliant co-star Maria Bakalova (playing Tutar, Borat’s daughter) reveal the darkest parts of America’s psyche.

There is simply no one like Sacha when it comes to getting ordinary people to admit to deeply held racist, sexist and antisemitic beliefs. When Borat visits a synagogue dressed as a stereotype of a Jew, wearing a fake nose and carrying bags of money, I physically rolled off the couch and onto the floor and crawled under my dog to hide in embarrassment. But the genius of Sacha’s work cannot be overstated. He risks his life to show us our absolute worst. (Hello, Rudy! Hello, QAnon bros! Hello, man who was willing to imprison Tutar in a shipping container!)

Sacha pushes (well, decimates) boundaries of appropriate behavior, but he’s doing it to hold a mirror to our society and make us look at ourselves. Thank you, Sacha, for forcing us to be horrifically uncomfortable—and by doing so, galvanizing us to seriously reflect on who we are and who we want to be. Cringe! But also: Very niiiiice!