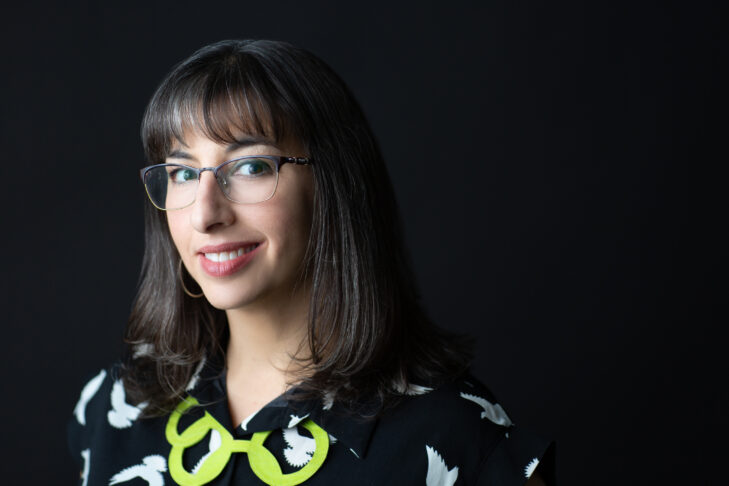 Rabbi Danya Ruttenberg recently spoke to JewishBoston about her new book, “On Repentance and Repair: Making Amends in an Unapologetic World,” a comprehensive exploration of Jewish tradition’s resonant steps towards repenting and repairing harm to another.

I read your book originated as tweets. You began the thread saying, “I’d like to distinguish between repentance, forgiveness and atonement.” It seems to be a fundamental distinction for Maimonides. Is it too prescriptive to say repentance is more of an internal process, forgiveness happens between two people and atonement involves the Divine?

I think it’s more nuanced than that. Repentance is not just internal, although it involves a lot of internal work. But that internal process doesn’t happen alone. You can’t transform and change by yourself—you need help, support, therapists or people to push you on your journey. There’s active work that you must do.

If I’m doing internal work and not actually making amends, then I’m not doing complete repentance work. If I’m not apologizing to the person I harmed and attending to their material, emotional or spiritual needs, then that’s not repentance work. I’m not doing the active things to repair the hole in the cosmos I created. Depending on the nature of the harm, it could mean spending the rest of my life advocating for change in a certain way because the kind of harm that I did was so grievous. It could be significant actions that are part of the repentance work. And forgiveness can be deeply internal. You don’t always have to forgive. Repentance can happen without being forgiven. And even if you forgive the person who harmed you, you can choose never to tell them. Nothing says that you’re obligated to let the other person know.

And is atonement strictly done with the Divine?

Yes. It’s a theological concept and one that is cathartic. It is a personal pet peeve of mine that people use atonement and repentance as synonyms in our culture. At least in Judaism, people do repentance, God does atonements. 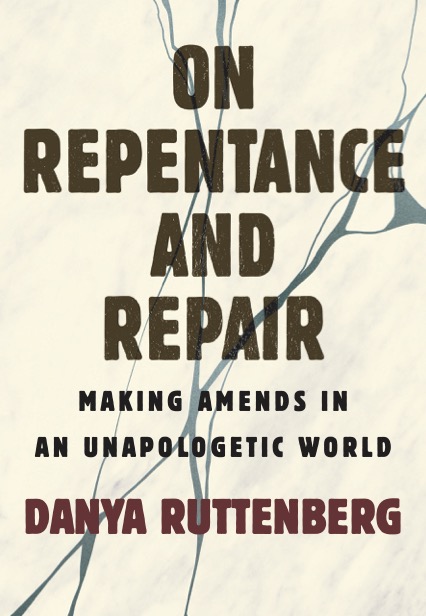 Maimonides, also known as the Rambam, was your guide in this book. Five specific processes must happen when one repents and then tries to fix the damage they’ve caused. The first is naming and owning the harm, which seems like a segue into confession.

That is the confession step—the first step. Confession is the naming and the owning of the heart.

And there is the need to change—doing the work to change organically so that apologies and repentance are effective. Bearing Maimonides in mind, how does one change?

Maimonides talks about prayer, tzedakah [giving and practicing charity], about distancing yourself from your sin. All of this has to do with cheshbon hanefesh—the accounting of the soul. [It’s] really understanding what it is you have done and trying as much as you can to get to the root of it.

You see what work you must do. Maybe that work is therapy, maybe it is rehab and just calling your sponsor. Maybe it is to show your anger management issues are contained when you’re meditating daily. Maybe it is distancing yourself from your sin. For example, you have to take a good hard look at some of the people you hang out with and some of the ways you behave when you’re around those people. Maybe it is saying no to the night drinking or going out to bars with those folks who trigger your harmful behavior.

The next step seems like the most challenging and fragile—restitution and accepting consequences. One misstep will trigger the harm. The timing seems very crucial.

The order of the steps is very deliberate. The confession, among other things, is an invitation to accountability. You’re telling everybody that you’re going on this journey of transformation and need help and support. It’s also an end to gaslighting for the victim. It’s validating the victim’s experience. It’s saying this happened. And it’s telling everybody else that this happened and that the victim, the person who was harmed, needs and deserves support. Every single step is victim-centric, but the second step is about the prevention of future victims.

The third step is a willingness to make amends.

By the time we get to the third step, we wouldn’t want somebody who is half-baked showing up to try to do amends work. We want somebody already in it, who has already begun to change, who’s already getting the memo to come because their understanding of their actions’ impact is so much deeper. Their ability to see the person they hurt and empathize, connect and understand is more profound. To begin to repair, we must center a harmed person’s voice and agency. 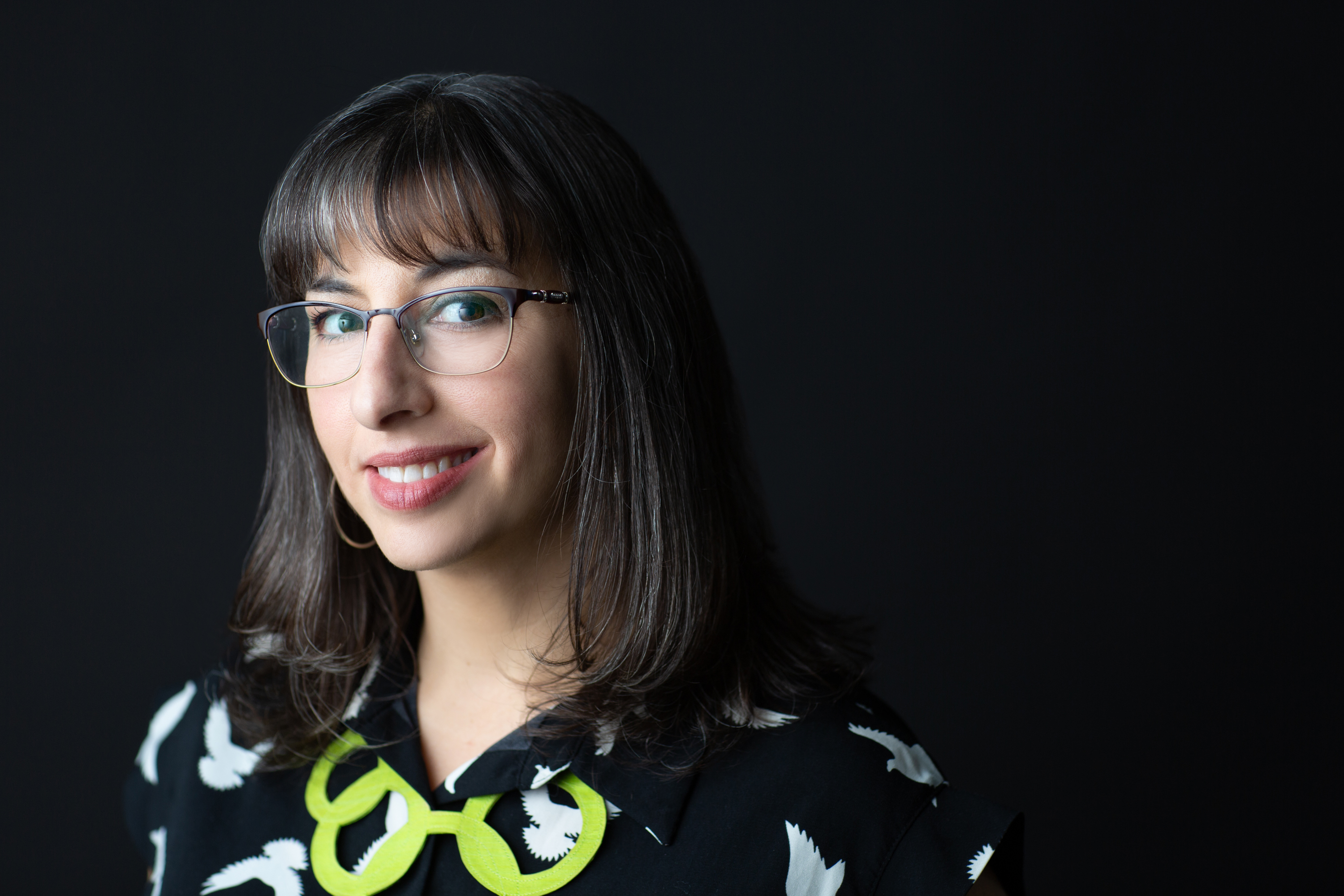 The next step is apologizing for the harm caused—and here is where I picked up the critical nuance that repentance and forgiveness are not as intertwined as we think, yet people think they’re synonyms.

They’re different tracks. There’s the forgiveness track, in which the person who is hurt must do their own work and attempt the healing work they need to do. The person who caused harm is obligated to clean up their mess. The literature is very clear that you can do all the repentance work required, get right with God and never be forgiven. This notion that harm-doers sometimes impose on victims that they must be forgiven, otherwise their repentance work is invalidated, is abusive and coercive. There should never be pressure on victims to forgive.

You liken repenting to the Japanese art of kintsugi, in which broken pottery is repaired with gold leaf. The piece will never revert to its original state, but it has been repaired. Are you conveying that making different choices is inherently imperfect?

Yes, that’s it. If you’ve done teshuvah work, making different choices isn’t hard. If you’ve done all these steps, thoroughly and thoughtfully, and with an open heart and care for the other person—and if you’ve been working to understand what you did and doing all the things you can to try not to do that and not to be that person—then naturally and organically, you won’t be the same person. You won’t do the thing again.

It’s a provocative situation, as Wiesenthal understood it (and Wiesenthal was there and I was not, so I’m basing my answer on his reading of the situation). The man was genuinely remorseful on his deathbed. One line of thinking is if someone is genuinely repentant, then they deserve forgiveness. And yet there’s the Jewish answer, which is only the dead can forgive and the living has no right to forgive on behalf of the dead. The Nazi, in many ways, was still re-enacting his original crimes.

Even as people talk about the importance of compassion and the importance of mercy, others point out that the Nazi was asking to be forgiven by any Jew—he was still seeing Jews as interchangeable objects. He placed this complex, painful moral dilemma on somebody who was already a victim of the regime. He imposed suffering onto somebody who should have never been burdened. The Nazi had not yet learned the person in front of him was a human being who deserved all the care, consideration and moral empathy the Nazi wanted for himself. Yet there were ways that Wiesenthal was compassionate, even though he was not forgiving. He visited the Nazi’s mother and never mentioned what her son had done.