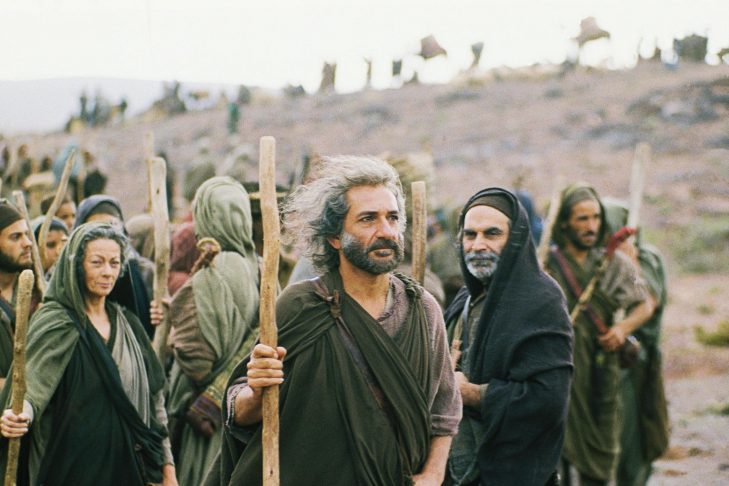 As we approach Passover and prepare to relive the story of the Israelites’ exodus from Egypt—putting ourselves in their sandals and thinking about what it was like to be slaves in Egypt—I continue with what feels like 40 years of watching Passover movies. I do this for you, the internet, not out of love, but out of a desire to save you from wasting hours of your life on movies that might look good from a distance, but that are as terrible as the last plague in the Passover story. While I didn’t make drinking games this year (my kidneys can only take so much), I will continue to use my previously established plague rating scale (one to 10 plagues—one plague (blood!) is great and 10 plagues is death…to the firstborn). Let it begin, as told by our forefathers! 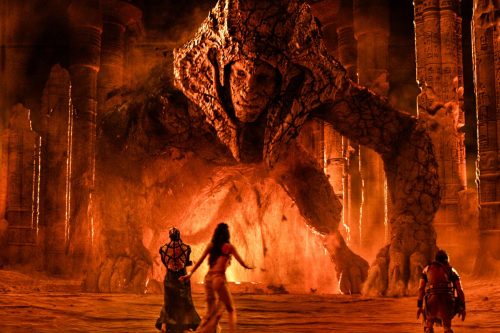 Yes, I know this film is not actually a Passover movie. But it does have Egyptians, gods, slaves, terrible sexual innuendos and the head Nazi himself, Rufus Sewell! This “film” is truly terrible, both aesthetically and plot-wise. The story hinges on the fact that an Egyptian god must learn to care about humanity, and when that happens he will be allowed to rule and defeat his uncle. That’s pretty much it, other than a few technicalities on the Egyptian afterlife. The only reason to watch this movie is so you can listen to the great episode of the “How Did This Get Made?” podcast, where the comedic hosts talk about it in great detail and ask the same questions you will undoubtedly have, including “Why?” and “Huh?” and “What?” One tidbit: Jason Mantzoukas said he thought he was watching 2014’s “Exodus: Gods and Kings,” the Christian Bale movie I previously reviewed. He was sorely mistaken. 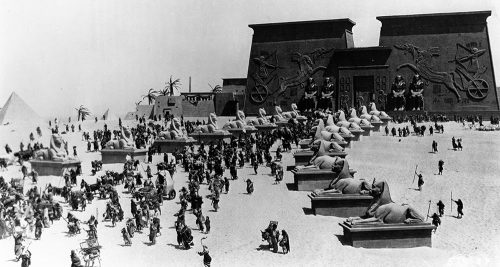 As most American Jews can attest, when we think about the 10 commandments we see Cecil B. DeMille’s 1956 “The Ten Commandments.” With Charlton Heston as Moses seared into our brains, I was very excited to watch DeMille’s original take, his 1923 silent film of the same name. I happen to love silent films; there’s something so simplistic and delightful about not hearing what the characters are saying, and having to read the dialogue cards and interpret a whole lot of face acting. While the 1956 version is a whopping three hours and 40 minutes, the silent version has a running time of two hours and 16 minutes, which feels right for a silent film.

But do you know what makes this movie really inhabit every single second of that two hours and 16 minutes? When the story you think you are watching, the story of the Exodus of the Jews from Egypt, flies by in under an hour and you are stuck with an hour-and-a-half morality play. Not a valid and real morality play, mind you, but a sappy, ridiculous and unbelievable morality story about two brothers, the belief in God, an overly religious mother, a dead half-French, half-Chinese prostitute, and cement. If that didn’t make any sense to you, excellent; it didn’t make sense to me either. Ugh, this was super disappointing. Damn you, roaring ‘20s! 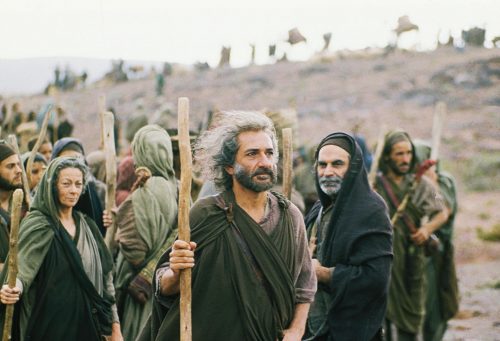 This TV movie is intense. Within the first five minutes, you see a baby thrown into the bushes! So at first I was worried about this one, but when you have Sir Ben Kingsley as Moses, David Suchet as Aaron and the always scenery-chewing Frank Langella as Mermefta (aka Ramses II), you have the acting chops for a great film. Honestly, I enjoyed this take on the Exodus story (if enjoyed is the right word). It presents the full story, delves into details that usually get skipped over in other retellings of the story (i.e. Moses having to be the only judge for all the Jews in the desert) and presents Moses as a likable, honorable person (even though he is still a terrible husband). This film only has two problems: Miriam and violence. It is shockingly violent, and portrays Miriam as the most shrewish shrew that every shrewed. Yikes!

“The Ten Commandments: The Complete Miniseries” (2006) 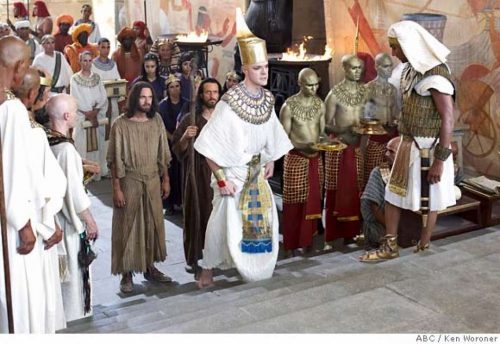 The thing about reviewing movies that have been out for a while is that other people write the reviews for you. In the epic words of Matt Roush of TV Guide, this film “violates the primary commandment of epic filmmaking, biblical or otherwise: Thou shalt not bore.” At 167 minutes, this miniseries is so slow and so boring and so badly written that it was just embarrassing to watch. Characters in this miniseries talk like they know they’re in a miniseries, and Dougray Scott, who I mostly remember as being the villain in 2000’s terrible “Mission: Impossible II,” is a Moses without charisma or gravitas. This has all the violence of 1995’s “Moses” without any of the pathos. It’s garbage, which makes even more sense when you realize that although it aired on ABC, two of the three companies that helped produce it are completely out of business now (the third company is Hallmark Entertainment). A pox on you! 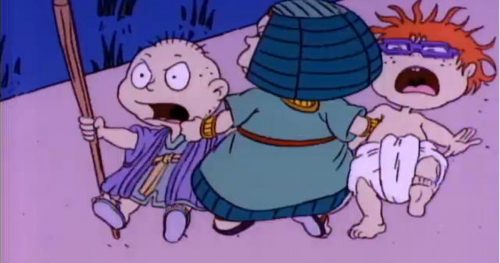 Have you ever felt super gross? Sweaty and hot and, let’s say, muddy? Or ever taken a bad shot of tequila? That’s how I felt after watching “The Ten Commandments: The Complete Miniseries,” but “A Rugrats Passover” was the perfect cleanser. The final episode of the third season of “Rugrats,” which aired on April 13, 1995, is a sweet, simple and appropriately quick retelling of the Exodus story. Most important, while the Anti-Defamation League at the time found the very Jewish grandparents offensive, I found them to be 100 percent accurate, and not just accurate, but wonderful. You can stream the episode on Hulu right now.