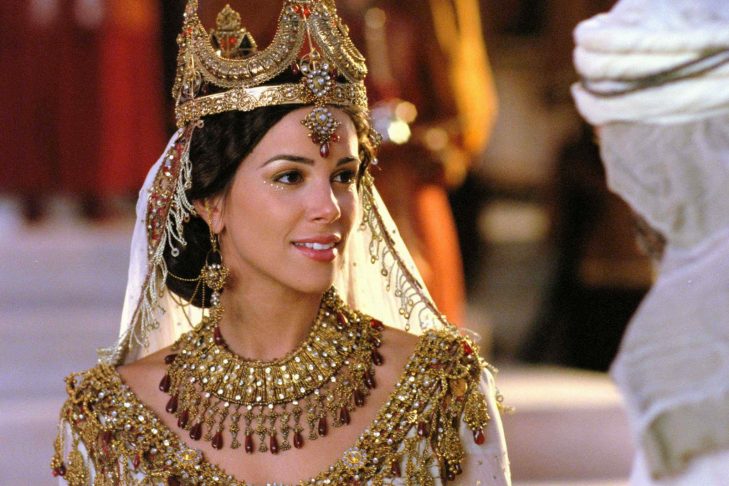 Many biblical stories have made their way to the silver screen. The most famous of them is, of course, 1956’s “The Ten Commandments.” But if there’s one Jewish holiday that fits the plot requirements of film perfectly, it’s Purim. We have kings and queens, court intrigue, assassination plots, harems, the whole shebang. So why aren’t there famous Purim movies? Did you even know there were any Purim movies?

I’m here to tell you that there are! But before you get excited (assuming you were going to get excited), let me preface this by saying they are nowhere (and I mean nowhere) near the level of well-known Passover-themed films. The good news is that I saved you the trouble of having to watch any of them (this is really good news, truly). So please, let my reviews and five-point hamantaschen rating scale of these films (I use the term “films” extremely loosely here) save you from the dreck that is multiple people messing up, mischaracterizing and otherwise not understanding the true awesomeness that is the Book of Esther. 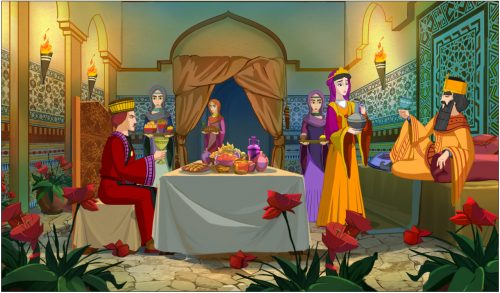 Our first film is the animated confusion fest that is “Purim: The Lot.” Boy, this one can really be summed up in one word: Whack. I don’t know the last time you read the Book of Esther, but I just did because I wanted to make sure I could say this with authority: There is no mention of God in the Book of Esther. But someone forgot to tell the writer and director of this cartoon, in which God is constantly interfering. This film also likes to travel backward and forward in time to tell you other Bible stories that don’t actually seem to relate.

Also, did you know Mordechai and Haman knew each other from way back when? That they were on a desert trip together and Mordechai saved Haman’s life by giving him his last drops of water with Haman offering to be his slave? Neither do I. Because it didn’t happen, and it’s stupid. Yet here it is in this story, because for some reason Haman needed more backstory? This film, which is way more religious than the actual text of the Book of Esther, is a mess, and weird, and not entertaining.

In “Megillas Lester” we get another Orthodox animated take on the Purim story, this time through the clichéd “character stressing over something, getting hit over the head and entering a dream state to find the solution” gambit. In this case, it’s our hero, Lester, who’s in charge of the Purim spiel at his boys’ Jewish day school. How can I succinctly describe his version of Purim? Well, it’s part “Back to the Future,” part “Family Guy” non-sequitur cut-away scene and part ‘90s PC computer game. Oh, and did I forget to mention it’s a musical? Because it is—a musical written almost entirely with the Casio keyboard demo button. Do not watch it. “Esther and the King” is a musical. And it’s a doozy. First, the “wrap-around story” for this Purim retelling is a mother telling her daughter the story of another courageous woman named Esther. Sounds lovely, right? But what does her daughter need courage for, you might wonder? Well, she needs the courage to ask their grown Latino man-servant to come to church with her. Yes, church. Christian church. For the man’s eternal soul, praise be to Mordechai. What the viewer is then presented with is a musical Purim retelling that not only gets multiple things wrong (Haman being a prince instead of the king’s counselor, Haman’s gallows being 10 cubits instead of nine, if we’re being technical, Vashti being removed from the story completely, sun-dial wristwatches, everyone being blond with blue eyes, etc.), but, like all musicals, turns plot points that are quite serious into ridiculous musical numbers.

The king’s assassins get a musical number, Haman gets multiple songs and Esther sings about how we should all find the beauty within ourselves. While I had hoped this musical would be so bad it was good, it was, sadly, just terrible. But among my friends there was actual disagreement about the quality of the songs—I thought they were awful but one said she thought they were real “toe-tappers,” and my wife said she found herself humming one of the tunes days later because it was stuck in her head. I report—you decide. And, if you were wondering, and I know you are, the man-servant does go to church with them. 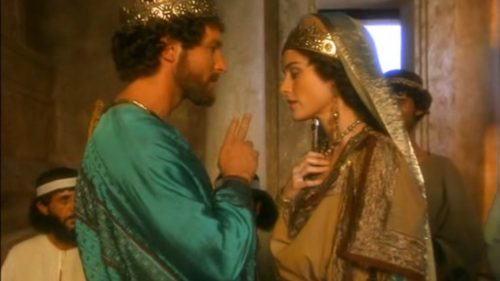 Up until now, I had been wondering why all these Purim adaptations keep adding to the story, whether it’s more history, extra characters or more challenges for our heroes, when the original has everything you need for a great “Game of Thrones”-esque story. Well, now I know. The original story, as told straight up in “Esther,” is super boring. Wow. Also, and maybe it’s just me, it’s hard to view F. Murray Abraham, who plays Mordechai, as a good guy. You either see him as Antonio Salieri from “Amadeus” or, if you’re a nerd like me, Ru’afo from “Star Trek: Insurrection.” If you’re looking for the most authentic-looking Purim film, this is it, but drink lots of coffee beforehand. 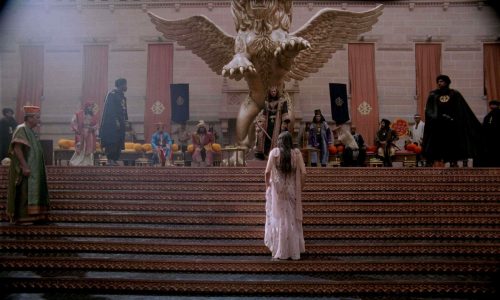 “One Night with the King” is the film that made me re-read the Book of Esther. Why? Well, did you know that 500 years ago the Jews and Amalekites fought a war because the Amalekites sacrificed their children to their God? And that they’re the descendants of Esau? How much of what I just wrote is real? Well, let’s just say that the Amalekites are the boogeymen of biblical Jews. Why am I telling you this? Because, inexplicably, that’s how this film begins. We see the queen of the Amalekites escape slaughter from the Jews and find out she’s pregnant with Haman’s great-great-great-great-great grandfather. Seriously.

The only thing this film has going for it is that, if you’re a nerd, you get to see lots of actors you love. Ever wanted to see John Rhys-Davies from “The Lord of the Rings” play Mordechai? Done. James Callis from “Battlestar Galactica” play Haman? Done. John Noble from “The Lord of the Rings,” “Fringe” and “Sleepy Hollow” as a random bad guy? Done! Anyway, this film is terrible. Don’t watch it. You’re welcome.