Close
Don’t miss another chance for fun!
Get the best Jewish events for children, teens and families delivered to your inbox every Wednesday with JewishBoston Plus Kids.
By signing up, you agree to our Terms of Use and Privacy Policy.
by Matt Cohen on behalf of Boston-Haifa Connection / January 19, 2011

Growing up as a conservative Jew, the State of Israel played an important role.  In Hebrew School, we raised money to plant trees in the JFK Forest there, with a personal family connection in a particular grove of trees in the name of my maternal grandparents.

My religious school education included the study of Israel, during which we learned about the ingenuity of Israelis when it came to such things as irrigation, and the importance of Israel as our homeland as well.  As a teenager, my younger sister traveled to Israel for a whole summer and I remember anxiously waiting for the first letter to arrive from overseas. 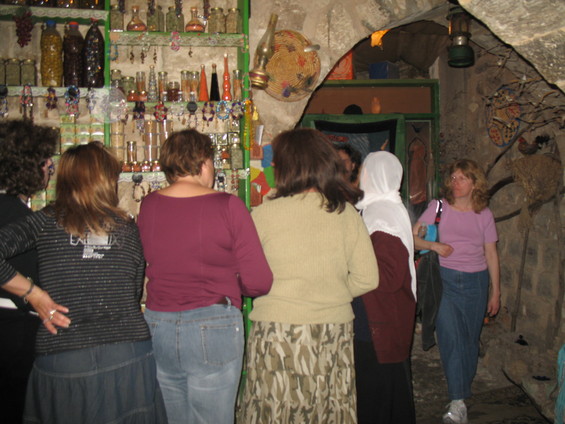 Finally, two years ago, it was my turn to visit this mysterious and historic destination.  I was so fortunate to be able to travel there through the Boston-Haifa Early Childhood Educators Connection.  Even better, two colleagues from our preschool and I were able to go even earlier than the rest of the group so that we could see and experience even more of the country.  From the old city of Jaffa to the teeming streets of Tel Aviv, from the Palmach Museum to Tel Aviv University, through the countryside to the Old City of Jerusalem, we walked the streets that I had been reading about since I was a young girl.  To think that in Jerusalem my feet were able to touch the same stones that had been there since the Romans were there was quite surreal.  In addition, I saw the irrigation methods that I had previously only read about, in action!  At the Ayalon Institute, I learned even more about the bravery and ingenuity of the settlers in the early history of Israel.

We celebrated Shabbat at the Wailing Wall.  How moving that was, especially when we heard the joyous singing of “David Melech Yisrael” and realized that it was coming from an Israeli army troup dancing and singing with each other on the men’s side.  Will I ever hear that song again without remembering the goose bumps I felt at that moment?  The answer to that question is a resounding ‘no!’

During my second year at the FJECC, both the director and the two members of the teaching staff who met renowned Israeli educator Rami Katz came back with enthusiasm for incorporating some of his ideas into our curriculum.  The following year, when our Haifa counterparts were in Boston, they put on a display of 32 of his activities for all of us to try one evening.  And so it was, that after hearing about Rami Katz for two years, I felt it was a real gift to meet him as he joined us during visits to several preschools that were using his methods every day!  It was inspirational to see him interacting with the children in the preschools as they manipulated materials using his suggested methods.  He was so happy to hear their appropriate responses to his questions, as well.

Upon our return from Israel, the preschool began to gear up for our annual ‘trip to Israel’ in each classroom.  I was happy to print up photos of myself on camelback and in the Dead Sea (with mud all over me!).  I had so much fun visiting classrooms and relating stories of my time spent in Israel, and it was with a whole new understanding that I was able to do so.  I am forever grateful for the opportunity that the Boston-Haifa Connection offered to me.

My understanding about Israel was that it was a country that meant a lot to people who were Jewish, as well as those who came from many other backgrounds. I had an historical view to be sure and I also was familiar with the geography of the region. Since teaching in a school whose curriculum is based on the Jewish faith, I have continued to acquire so many different points of knowledge about Israel. However, I truly believed that when I would finally go there, my views/emotional ties/experiences in the future would change.

I was able to visit so many different parts of Jerusalem and see the old buildings. I ate food that connected me to the region. When I talk about Israel with the students, I have a different love in my heart for the place. It is so nice to tell (I feel authentic) about the Dead Sea, Jerusalem, Tel Aviv, the way they use every part of the land and how they took desert and worked it to support life.

I was unprepared for the effect I felt when I went to the Palmach Museum, which is totally devoted to the making of the State of Israel. I knew the old Biblical stuff, but nothing about the making of the state. It was amazing, and for the first time, I felt when Ellen played the music on her tape player as we danced into the sanctuary on Israel’s birthday, I got it. I felt the pride and remembered everything. I remembered the video exhibit showing young Zionists sitting around the campfire, thinking about their future. 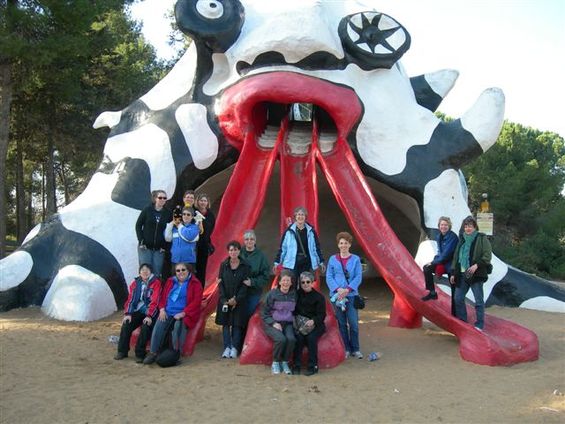 I loved meeting the teachers in Haifa and visiting in their classrooms. I was able to get hands-on instruction using Rami Katz’s methods and see it in action. Ronit’s class was amazing and inspiring. I left the classes feeling more confident to use the different instructions. The teachers were so welcoming and ready to stop and share what they were doing in the classroom. When we plan for new units, we know we will be employing Rami Katz based activities, and they are highly successful for all levels of students.

As a non-Jew, I had a connection to Israel, but it was more connected to my background. However, as I have been a part of the school for so many years, I have made connections as someone who, although not Jewish, feels a part of the holidays, the traditions and the values.  I came back feeling like I had experienced something that gave me a deeper feeling for Israel. I love being a part of the whole experience, and now I feel that I have a stronger emotional attachment to the State of Israel, its people and its culture.

When I am talking to children, I feel authentic as I say “I was there…” I also like the memories to spur me to think outside of the box as I plan for new ways to do the unit on Israel. Having tasted the food, walked through the shuk and saw different people from many different places…being there has heightened my awareness of what can be done in the classroom.

I enjoy talking to the families in my school about my experiences in Israel. I feel more connected to those who have been to Israel because of this trip. I hope that those families who have not been to Israel will be encouraged by my enthusiasm to someday make the trip.

We need to continue this exchange of teachers-such common bonds-it is good for children to see what we do…they need to know this is what living in the world is about…sharing peacefully our love for education and promoting children in all ways.