Nat Seelen is a musician and CJP grantee.

“I use the language of traditional klezmer music to tell contemporary stories, honor my heritage, and bring people together.” 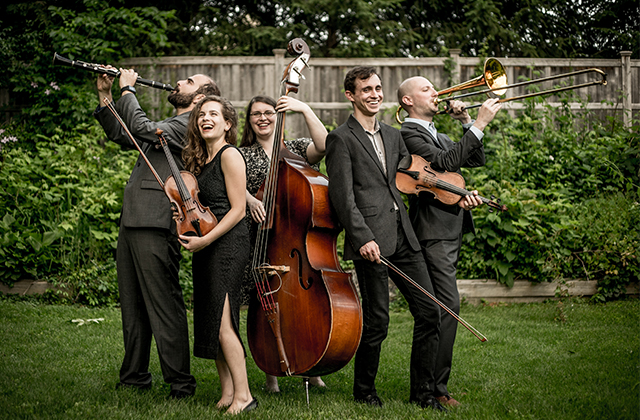 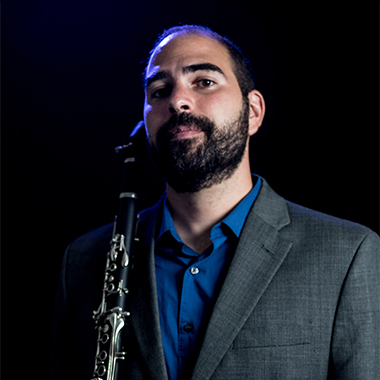 Nat Seelen is a performer, composer, educator, and researcher based in Boston. As a founding member of Ezekiel’s Wheels Klezmer Band, Nat has performed at venues including the Kennedy Center, Rockport Music, and the International Jewish Music Festival in Amsterdam, where they won the Audience Prize and the Prize for Best Klezmer Band. His compositions have won first prizes at the Kleztival Bubbe Awards and the Klezmer Company Orchestra Composition Competition.

Nat is a teaching artist for Young Audiences of Massachusetts, leads an active online studio, and has presented his research on klezmer music at regional, national, and international conferences. In past lives, he has been a zookeeper, a comic book librarian, a management consultant, and an AP music theory teacher.

As a klezmer musician, my work is intimately associated with Jewish culture, history, and community. Whether I’m performing traditional music or composing new works, I am always influenced by the historic place of klezmer in our culture and ground my practice in regular performances for weddings and simchas (celebrations) across New England. For some musicians, a wedding is just a gig. But for me, it’s an opportunity to preserve and share a key part of our culture across the generations. And there’s nothing better than getting a big crowd dancing around the happy couple!

Time, a clarinet, and a pencil. Paper helps, too!

What’s your next artistic project or challenge?

I’m working with a group of amazing collaborators to launch a festival of new Jewish music here in Boston. Through this monthly series, we’ll be highlighting the brilliant creative minds of the local musical community, catalyzing the creation of new works, and building a community of composers, performers, and listeners. That’s the plan, at least!