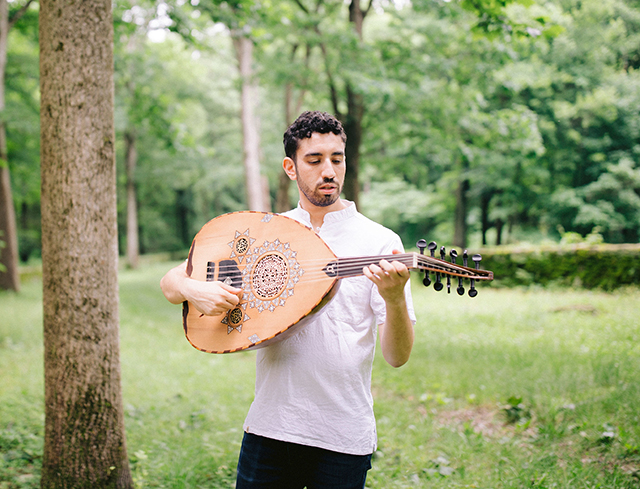 Yoni Avi Battat (he/him) is a multi-instrumentalist, vocalist, and composer specializing in contemporary and traditional Jewish music from Eastern Europe and the Middle East. Yoni’s Judaism is deeply rooted in both his Iraqi and Polish ancestry, and especially the rich musical traditions that come from these cultures. He delights in sharing traditional melodies alongside his own original music, inspired and informed by the Ashkenazi and Mizrahi music of generations past.

This year, Yoni will be releasing his debut album, “Fragments,” which focuses on his Iraqi Jewish identity and our yearning as human beings to draw closer to our ancestors, homelands, and memories.

My upcoming album ends with a song called “From the Fragments.” Through a series of workshops, members of the community filled in the holes of this song with their own lyric ideas, many of which ended up in my recording. I am continually inspired and nourished when I hear the different joys and challenges that each person experiences as they reach toward their ancestry and reflect on their fragmented stories. This album is a rendering of both my personal experience as an American-born, Iraqi/Polish Jew and also a reflection of what I learned from my community.

What’s your next artistic project or challenge?

In spring 2022, I’ll be collaborating with Boston Dance Theater with original music for its original choreography. I’m also dreaming up plans for my second album, which will focus on hands and their power to give, receive, create, bless, and love.