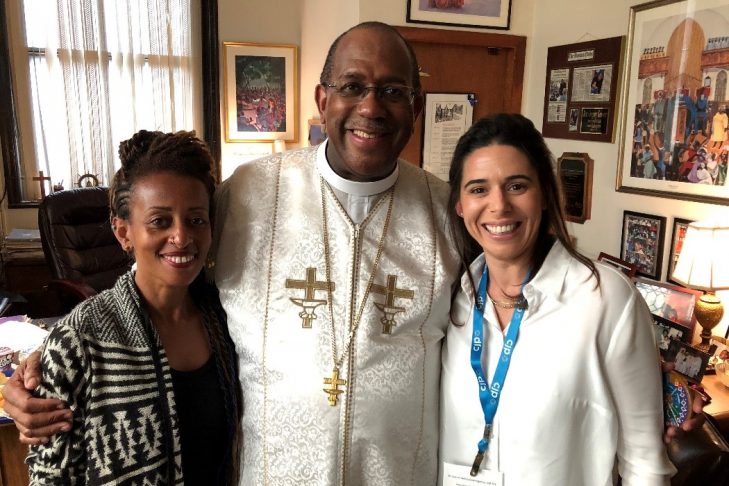 Why would a group of CJP staff and lay leaders with a love of Israel and strong connection to Haifa arrange for Ethiopian Israelis to visit Boston-area churches last month?

And why would these churches be interested in hosting them?

Let’s first back up to provide some context.

For over 10 years, CJP’s Boston-Haifa Connection has supported a game-changing social justice initiative known as “Shiluvim” that empowers the Ethiopian community in Haifa. In view of the sad fact that the national initiatives to successfully integrate Ethiopian immigrants had very mixed results, the idea was hatched to create a municipally based effort that would involve grassroots participation by Ethiopian activists in Haifa. 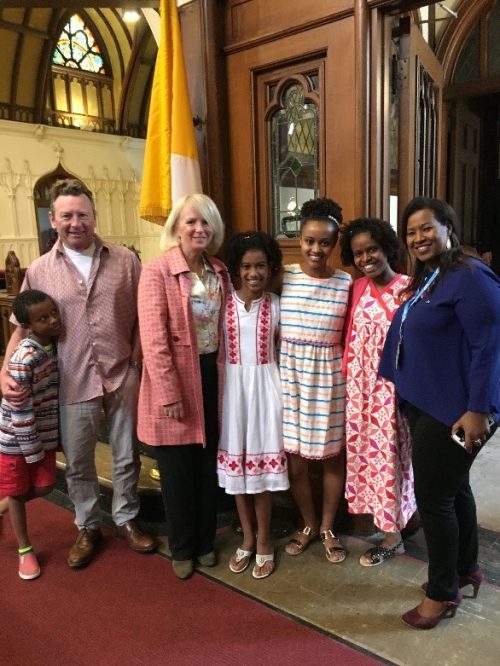 So, returning to the original question, why the church visits?

The CJP Boston-Haifa Connection believes it is critical to educate both the Jewish and broader community about the “real” Israel, Israel beyond the conflict. Israeli society is complex, in particular regarding immigrant absorption. The story of the Ethiopian aliyah is multi- layered, characterized both by successes and failures and ongoing challenges. Sharing this experience with Americans, and particularly with non-Jews, is the best way to humanize Israel and to describe mutual challenges parallel to those of the U.S.

The St. Lawrence Church in Chestnut Hill, a Catholic community, graciously accepted our offer to bring an Ethiopian representative to attend Sunday mass, speak before the congregation and meet up with congregants for an informal coffee after the service. Father Brian Clary had himself been to Israel on a mission and welcomed this opportunity. He told us that it is always good for a Catholic community to remember their roots in the Holy Land. He was also motivated to host us due to “the fact that our Jewish friends are our older brothers and sisters with whom we share many commonalities.” Finally, he believes that a visit such as this promotes peace and fosters further mutual understanding. The visitors were accompanied by Ruth Kaplan, former director of the Boston-Haifa Connection, who volunteered to assist with plans for the visit. 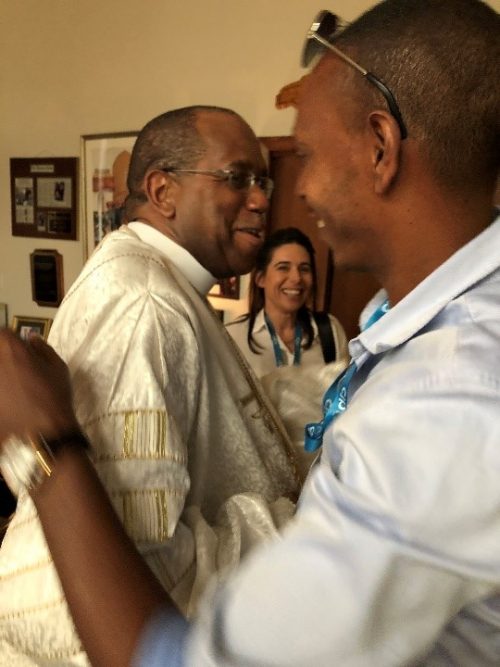 Asaf, who co-chairs the committee and who is not Ethiopian, addressed the congregation about his own reasons for involvement in supporting the Ethiopian community in Haifa—the need to mitigate cultural gaps, reduce racism and pursue full integration with equal opportunities for Ethiopian Israelis.

Oshra then spoke powerfully about the importance of accepting the “other” by knowing him, his background and difficulties he may be coping with. She added that all of us have more things in common than differences, and by knowing the person, you can eliminate ignorance and prejudice. One truly felt the power of the common humanity that enveloped all of us at St. Lawrence that morning. Many congregants came over to talk after the mass and showed a great interest in the backgrounds of their Israeli guests. As a powerful and amazing coincidence, Oshra was greeted warmly by a family of four Ethiopian children who had been adopted by an Irish couple who are church members. The coffee hour was spent with Oshra and Asaf making peanut butter and jelly sandwiches with these beautiful children to bring to Rosie’s Place, a homeless shelter for women, later that day. Tikkun olam at its best!

Meanwhile, across town in Dorchester, another church visit was happening.

The warmth and welcoming of the Charles Street AME Church was evident weeks before the visit. The Rev. Greg Groover, pastor of the historic church, had been to Israel about a year ago on a Jewish Community Relations Council mission and had been to Haifa. He was enthusiastic about the trip and especially about the Ethiopian Israelis he had met. He was hoping that they might be in the delegation that was visiting, and that he would have the opportunity to renew the relationships he had made. It did turn out that he had met Elias, Dege and Danit on his trip, and it was a reunion for everyone. 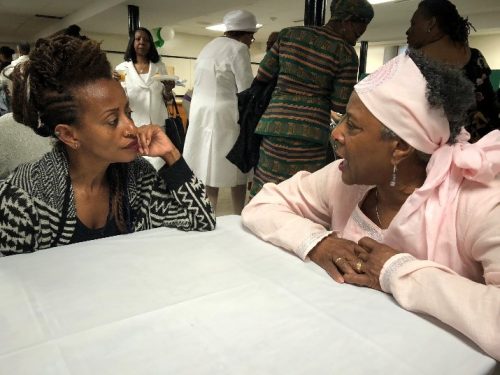 Dege, Elias, Danit and Liat were members of the delegation that visited the church. They were accompanied by Sy Friedland, the CJP consultant to the Boston-Haifa project; Ariel Libhaber, director of the Boston-Haifa Connection, and Marsha Cohen, co-chair of the Boston-Haifa Connection. The group all got up early to make the 8 a.m. Sunday service. This is a beautiful church in Dorchester, and the pews were filled with congregants. It was a gospel service with a choir and band, and amazing music, singing and a passionate sermon. There was a great deal of greeting and meeting that included the whole group of visitors. The plan had been pre-arranged for Dege to sing a song, and she chose an old Ethiopian song about Jerusalem. Although in Amharic, everyone sensed the meaning and the response was dramatic. It was a significant event for Dege as well. Elias had never before been in a church, and was struck by the people, music and freedom of the service. The group of visitors all went to the Sunday breakfast in the social hall after the service, and many people came up to ask questions, learn more about the visit and talk about how meaningful this visit had been. Afterward, the group went to Rev. Groover’s study to thank him. Even though preparing for the next service, he took time to chat with everyone, and particularly the people he had met in Haifa.

So what was the impact of these two church visits?

It is not exaggeration to say that even in this time of friction, conflict and stress, and growing anti-Israel bias among many, including churches, this was an exceptional moment of warmth, understanding and connection between very different people who usually do not have the opportunity to meet and interact. It was also a powerful way to personalize and humanize Israel for the broader community and to demonstrate the values we share and the commonalities that unite us. And it was an opportunity to show a side of the Israel story that so many people still need to learn about—the diversity of Israeli society and the remarkable rescue and ongoing absorption of the Ethiopian Jewish community within the state of Israel.

Written in collaboration with Seymour Friedland.