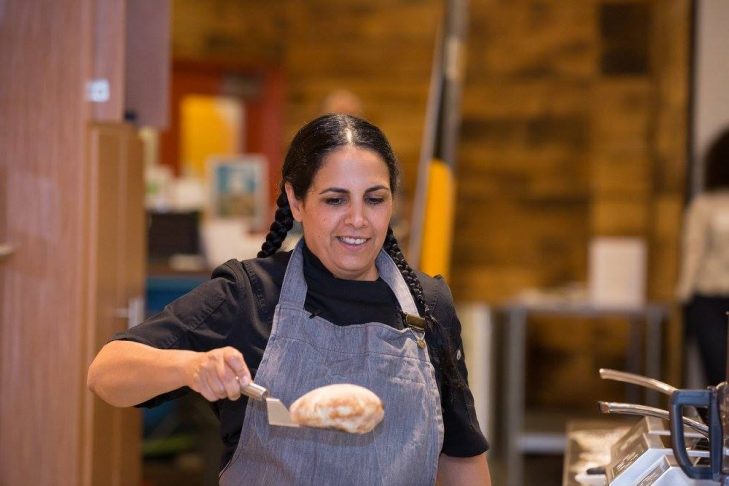 With a razor’s glint in her eye, a smirk on her face, and a dry, sarcastic bite in her voice, sure, she says, if you’re making hummus, “you could use canned chickpeas….” There’s a pause. “But don’t.” 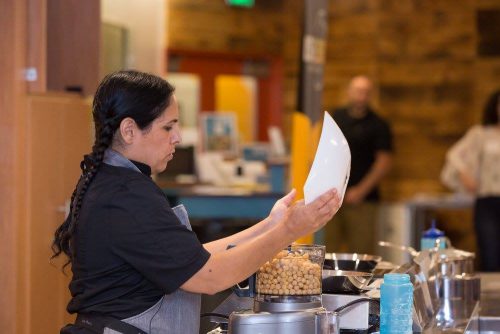 On Wednesday, Sept. 27, israel360 hosted the two-time “Chopped” champion and New York City restaurateur Admony at The KITCHEN at The Boston Public Market for a cooking demonstration and discussion about Israeli food to a sold-out crowd of 75 people who consumed a similar number of plates of hummus and pita. Einat is the founder of New York City’s Balaboosta, which loosely translates from Yiddish as the perfect homemaker, mother, cook, and hostess.

With her trademark no-hype, no-nonsense sarcasm, Einat told the group why whole-wheat pita will never be as good as the real thing; why hummus should only be made with fresh chickpeas; and why tilapia is almost unusable, compared to the tilapia of years ago. She kept the room laughing, revealing her upcoming Thanksgiving cover appearance in Rachael Ray Every Day (“[the media] all wants to celebrate women and immigrants now; this is good for me, yay”) and the calls she mysteriously gets from friends every Friday before Shabbat inviting themselves over. 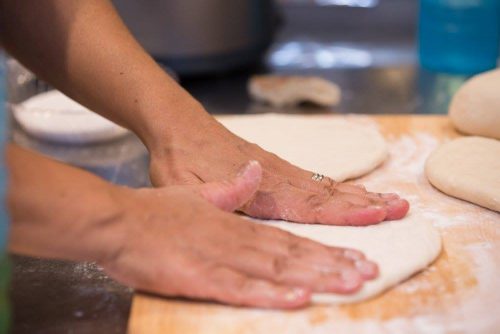 Though she does not consider herself religious, Shabbat is a sacred time for Einat and her family, and she highlighted the importance of imparting the tradition on her children. She discussed starting with a foundation of fish and salad, and somehow ending up with 25 dishes on the table. That foundation mirrored the evening’s dinner, and Admony’s love for her craft was evident as she lost her track while reveling in the seemingly mystical manner her perfect pita rose in the oven, spontaneously declaring that she was having too much fun, and deciding to make several more for the crowd to taste.

Admony grew up just outside Tel Aviv with an Iranian mother and a Yemeni father. When Admony decided to open her first restaurant, she was adamant that it be anything but a falafel shop. After all, she had traveled the world, cooking in the Israel Defense Forces, working in Michelin-starred restaurants, learning techniques in Asia—she could cook just about anything. But her mother insisted, and so she opened Taïm in the West Village. Twelve years later, she has five restaurants, has competed on “Chopped,” and has established herself as one of the top Israeli-born chefs in the industry. 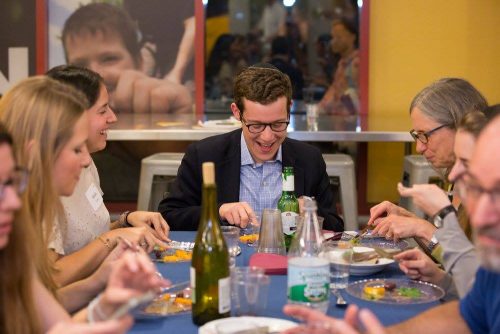 As she interacted with the crowd, Einat made it abundantly clear that Israeli and Mediterranean food is here to stay. It is about the “treatment of vegetables,” she said, and the combination of flavors that come together, especially in her regional fusion approach to the cuisine. She emphasized the importance of eating what you like, what is comforting to you, and enjoying it with people you care about. 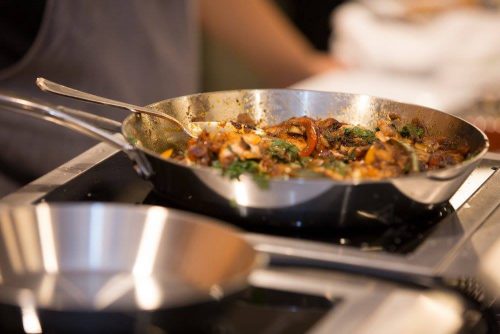 Einat appeared to be having as much fun as the audience, cooking and chatting right up until the last minute, when event space regulations forced the night to a close.

An almost immediate sell-out, the first israel360 event of the season was a well-received sign of the year ahead. Chairs Emily Cable and Erica Sandrock previewed upcoming israel360 happenings, encouraging an audience-directed approach to future programming. Thanks to CJP, and especially to chef Einat Admony, for an educational, humorous, and delicious Wednesday evening. We’ll be in our kitchens trying to replicate that simple, perfect pita!

Emily Zoback is a health-care professional working as a practice manager at Dana-Farber Cancer Institute. She is an avid lover of all things food—cooking it, eating it, taking photos of it, talking about it and now writing about it! Emily is an enthusiastic volunteer in the Boston Jewish community and is always up for a game of “Who Wore the Event Swag Better?” When she’s not at work, you can find her snuggling with her friends, being less cool than her mom, and petting other people’s dogs.

Scott Zoback is a director at Ten Bridge Communications in Cambridge. He has worked as a writer and journalist; in political communications; helped launch the state’s Medical Use of Marijuana Program, and oversaw communications for the Massachusetts Department of Public Health. He is a slow but dedicated runner, is part-owner of an irresponsibly robust rum collection, and passionately believes if it’s not boiled, it’s just bread with a hole in the middle.