This year, Israel, a country with nine ski lifts, three skating rinks and winter temperatures hovering around 60 degrees, sent a record 10 athletes to the Winter Olympics in Pyeongchang. Among them was AJ Edelman, a 26-year-old Orthodox Jew who attended Maimonides School and MIT in Boston.

He has likened his sport to “taking a lunch tray, diving headfirst onto it and going 90 miles an hour down an icy chute.” We talked to AJ about his insane sport, representing Israel on the world stage and how he’ll be celebrating Israel’s 70th birthday. 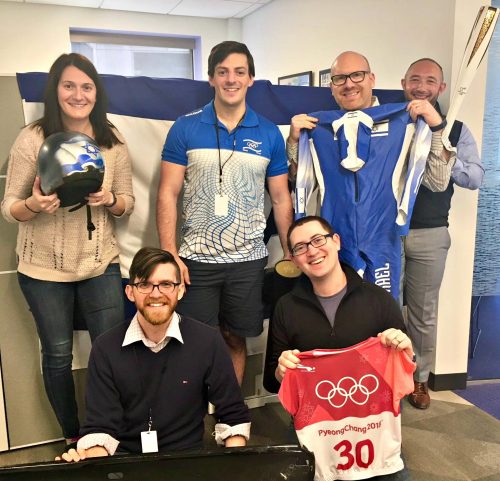 Edited by Alex Lemieux, with music by Shawn Fogel.