The traditional Jewish deli, once ubiquitous, has since become a rare treat.

In New York City in the 1930s, there were over 1,500 Jewish delis. Today, that number has dwindled to around a dozen. Although new deli-inspired restaurants and shops have popped up, adding modern flair and twists on classics, the traditional delis that remain are treasured by loyal customers for both their nostalgia and delicious food.

Greater Boston is lucky to still have a handful of traditional Jewish delis, pickle- and rye-scented, with all the knishes you can eat (and, of course, the perfect mustard on the side).

In honor of National Deli Month (yes, it’s a thing!), we spoke with local restaurateur Steven Peljovich, owner of Michael’s Deli in Brookline, about the comfort that beloved beige and brown food provides, how he keeps old-school deli tradition thriving and why he’s considered “The Corned Beef King.”

This episode is known to cause hunger. Please be advised and have a deli sandwich, pickle and knish close by. 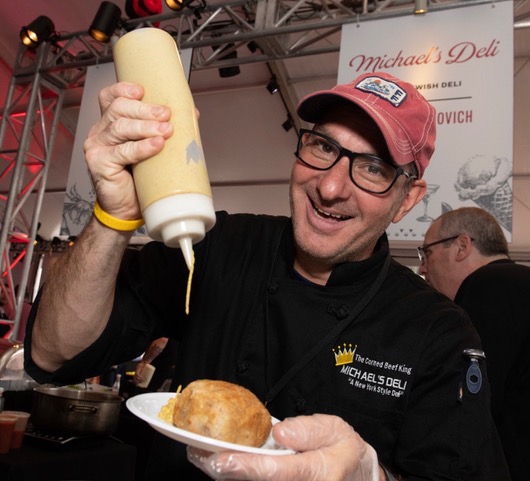