Israel “Izzy” Arbeiter was only 14 when he was imprisoned by the Nazis. Originally from Płock, Poland, Izzy survived six concentration camps before being liberated on his 20th birthday in 1945.

We sat down with Izzy and his wife, Anna Arbeiter (also a Holocaust survivor), in early March to hear his story of survival, loss, love, resilience and strength. After sharing his testimony, Izzy answers some of our questions, with occasional commentary from Anna and their daughter, Fran Rotman. (The conversation was also recorded as a video here.) 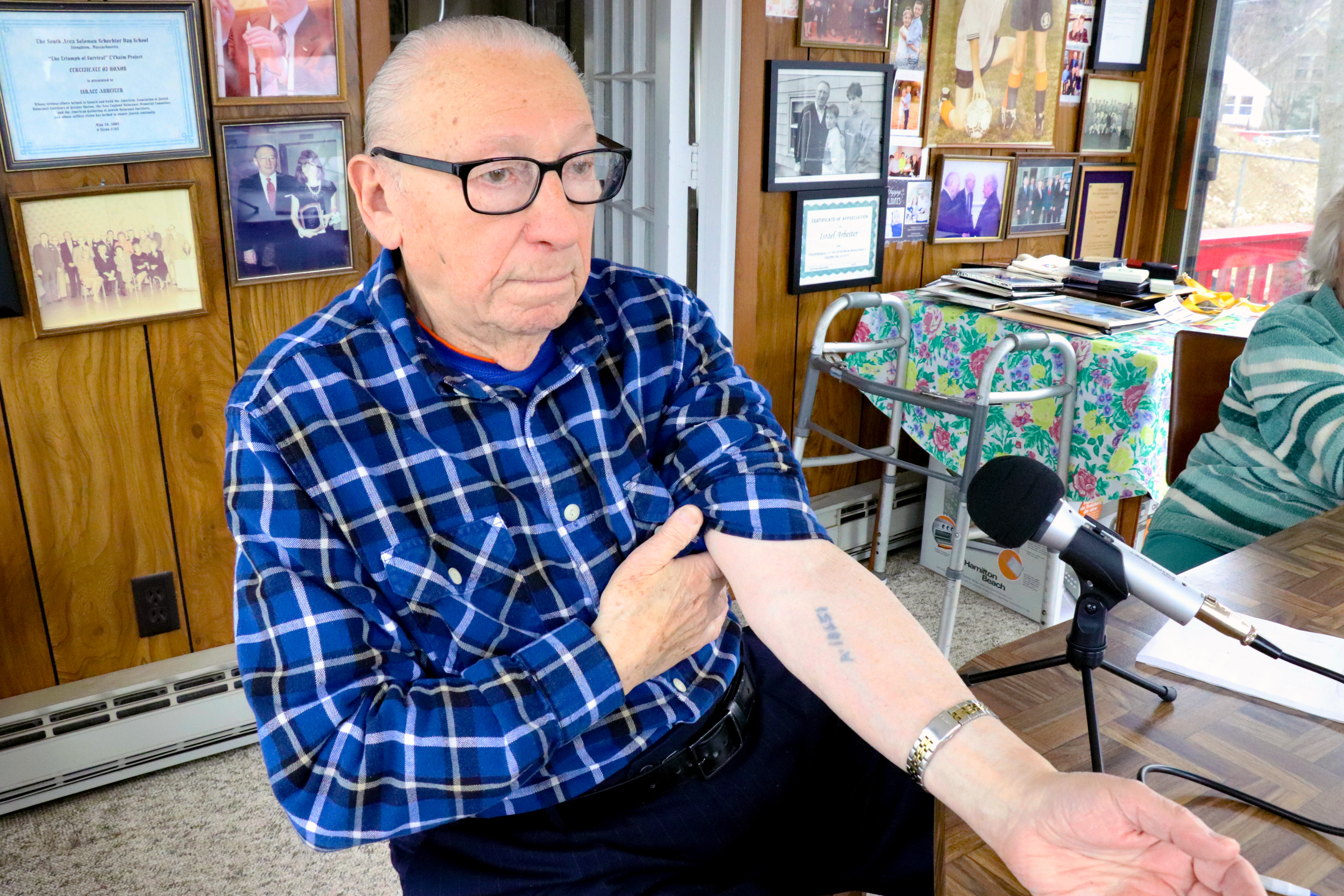 One more thing: We would like to help Izzy solve a 75-year-old mystery—the identity of a U.S. Army major or colonel stationed in Stuttgart, Germany, immediately after the war. This officer, who was Jewish, obtained papers from Gen. Eisenhower that allowed Izzy free passage and shelter to find Anna and his brother Aaron. He has always wanted to thank the officer—whose name he never asked for—and we want to try to help connect him with this man or his relatives. If you have any information, please email podcast@JewishBoston.com.