This Halloween, get spooked by monsters of Jewish lore as occult expert Peter Bebergal returns to The Vibe of the Tribe, escorting Miriam, Dan and Ashley on their ongoing quest into the Jewish supernatural world.

Discover your new favorite monster in Jewish tradition, what the Talmud recommends doing if you suspect you’re infested by demons and how Solomon, King of Israel, and Ashmodai, King of Demons, became frenemies with the help of a magic worm. And, wait, does Lilith really sell cursed wedding dresses on Craigslist?!

In addition to being our “Dante’s Inferno” Virgil-esque guide to the underworld and a three-time podcast guest (check out previous episodes here and here), Bebergal is the author of “Strange Frequencies: The Extraordinary Story of the Technological Quest for the Supernatural,” “Season of the Witch: How the Occult Saved Rock and Roll” and “Too Much to Dream: A Psychedelic American Boyhood.” He’s also the editor of the upcoming anthology “Appendix N: The Eldritch Roots of Dungeons and Dragons.”

For safety, please summon your personal protective angels and check your mezuzah before listening to this episode. 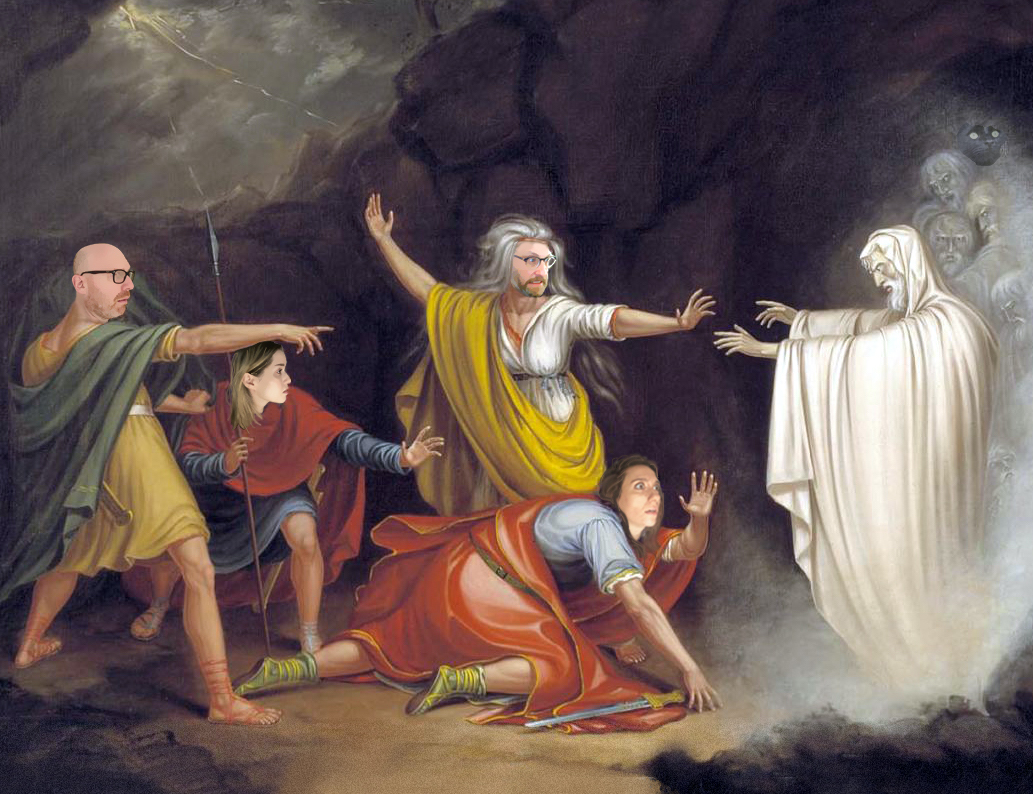 “Daniel, Miriam, Peter and Ashley vs. The Witch of Endor and Zeke” by Miriam Anzovin (Derivative of “Saul and the Witch of Endor” by William Sidney Mount/Wikimedia Commons)