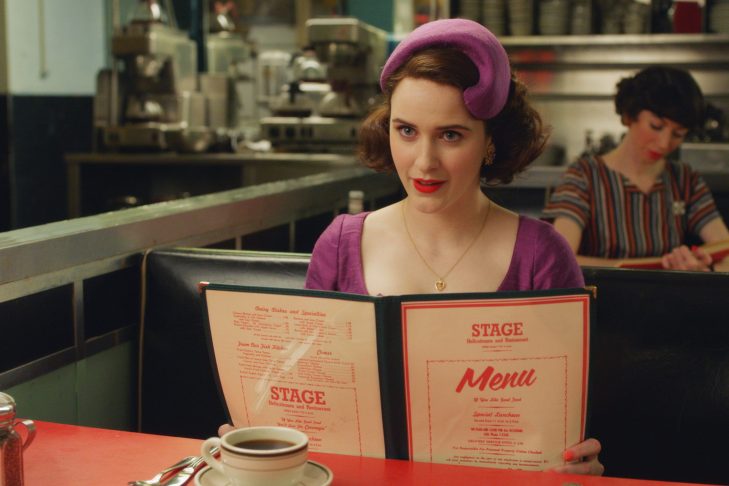 The most beguiling and bedeviling feature of “The Marvelous Mrs. Maisel” is its gleeful refusal to deal in reality. There is no depth. Every hard moment, from divorce to career suicide, is splashed with Technicolor lacquer: filtered and brightened and practically choreographed for Broadway. The characters appear forever poised to break out in song. No contemplation; no emotional exploration. It’s like going to therapy in Willy Wonka’s chocolate factory. Sadness, despair and neglect never looked so good or wore such nice clothes. But who wouldn’t want to live this way, just a little bit, untroubled by pesky consequence? What parent wouldn’t, especially?

The premiere episode of Season 2 focuses on Rose Weissman, until now resigned to a supporting role of subservient pouting and nervous henpecking. Now, at last, she is allowed to have an art-directed midlife crisis.

For too long, Manhattan has been her graveyard. Midge doesn’t need her. Her self-involved husband, Abe, considers her part of the furniture. She doesn’t even have a house to tend: She has a maid, after all. Life is easy and empty. Finally, repressed Rose gets her due and her very own plot line. 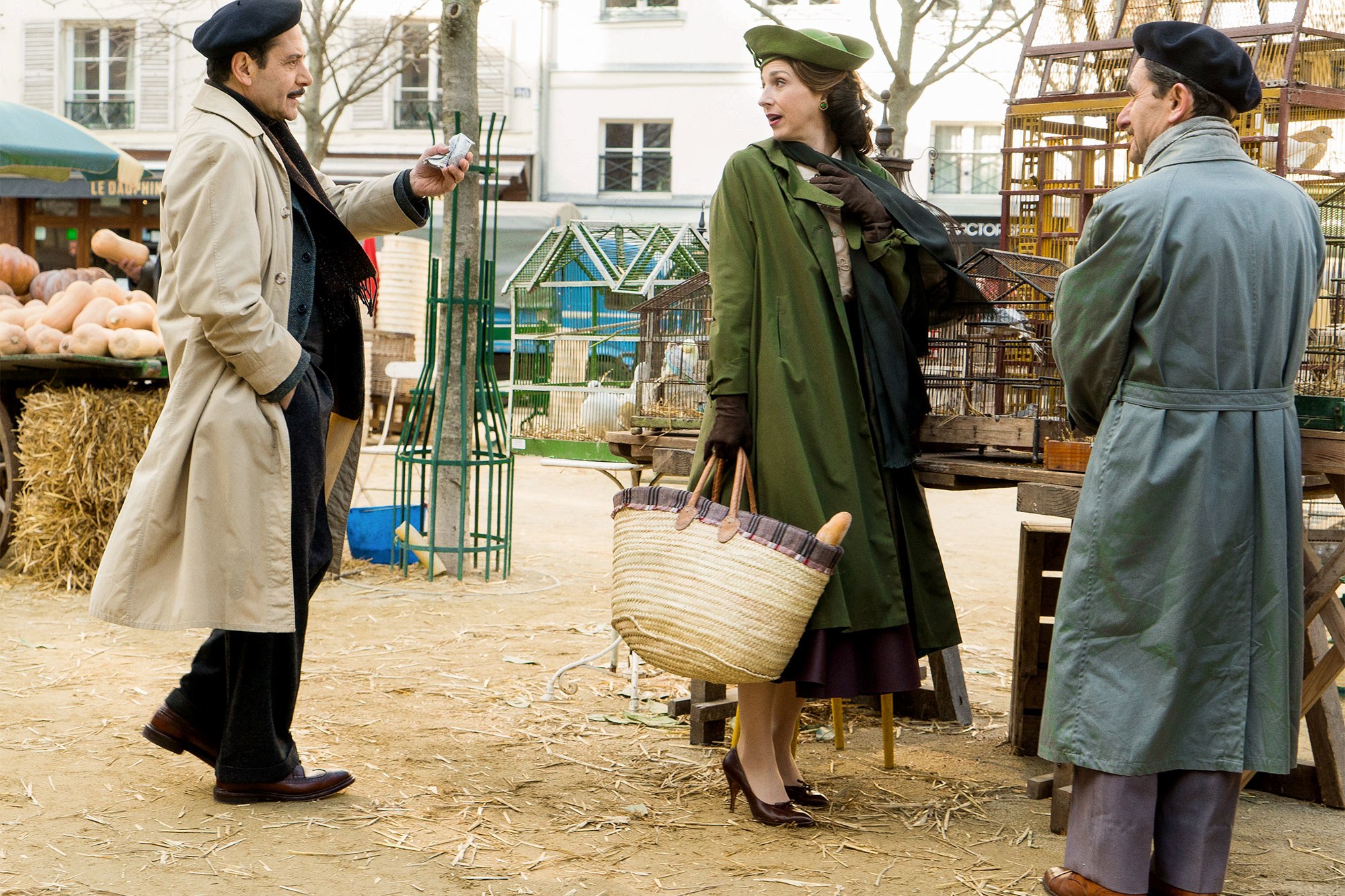 And so she flees to Paris. You know, just ups and leaves without explanation. She doesn’t care about silly logistical or emotional hangups like abandoning her family or missing her grandchildren. She simply evaporates: sovereignty without consequence, liberation without depth.

“Mrs. Maisel” has never dealt with repercussions straightforwardly, which makes the plot lines coast emptily along and holds the audience at a distance. Rose is not concerned about how her sudden absence might affect the unfortunate little Ethan and Esther, who have the most thankless roles in TV since the monkey on “Friends.” (What is it with those convenient rug rats? They appear and disappear like props. It’s the silliest part of the show, and makes all of the adult characters one-dimensional and unsympathetic.)

And money? Oh, please. As ever, finances are not an issue. Miraculously, she simply takes up residence in a stunning apartment and begins sipping wine and befriending bistro owners and collecting charming friends. Because that’s how it works, when you go to Paris. 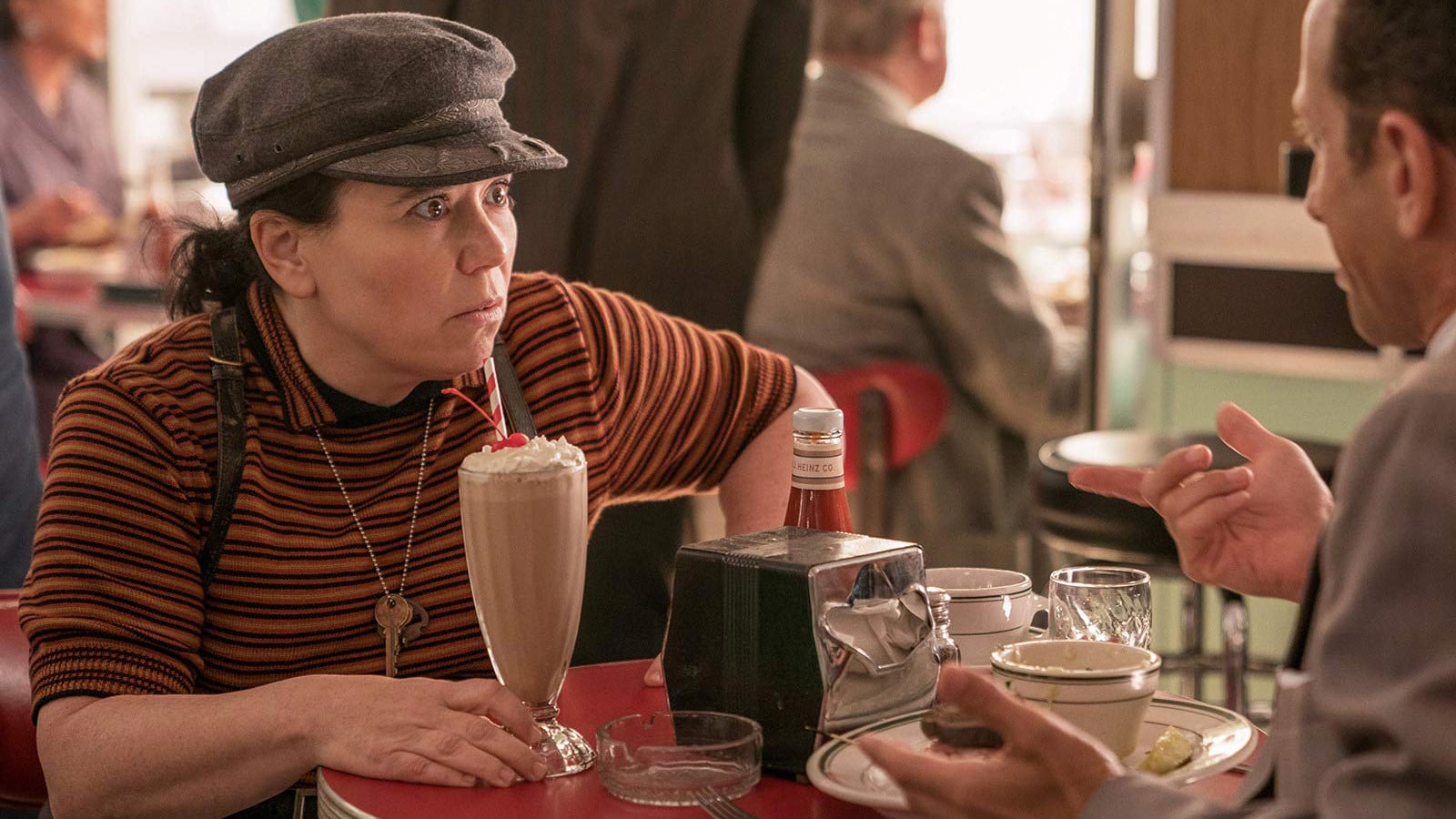 Of course, Abe finally looks up from his newspaper long enough to discover that she’s gone, and he and Midge swoop off to Paris for a confrontation. (Are Ethan and Esther in an orphanage at this point?) Upon discovery, Rose is remorseless. She has no qualms, no shame, no guilt. She hated her life, and so she abandoned it to nibble steak tartare.

Unbelievable? Definitely. But, as with everything “Maisel,” that’s what makes it so tempting to watch. Who among us hasn’t scraped a yowling toddler off the floor, scrubbed the counters, loaded sticky dishes into the dishwasher and climbed the stairs to an unmade bed, fantasizing about just chucking it all and letting the chips fall where they may?

For most of us, that will never happen. We have bills to pay, jobs to do, kids to be more or less present for. We’re tethered to reality. “The Marvelous Mrs. Maisel” lets us glimpse an alternate world without moral gravity, so relatable and yet still so forbidden. In an era when women were forever judged, these women do exactly what they want. Are they egocentric and unlikeable? Yes. Are the plot lines fantastical and whitewashed? Yes. Will I keep watching the show as a form of vicarious gratification? Of course. There will be no small moments here, only big epiphanies and fancy costumes and musical dialogue. That’s the point of this kind of television, and “The Marvelous Mrs. Maisel” nails it.