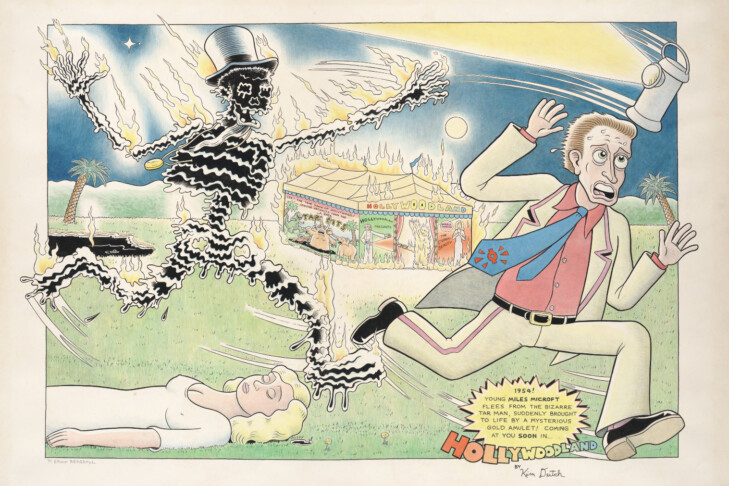 The McMullen Museum is pleased to present a conversation among Françoise Mouly, Art Spiegelman, and co-curator of the exhibition “American Alternative Comics, 1980–2000: Raw, Weirdo, and Beyond,” John McCoy.

Françoise Mouly has been the art editor of The New Yorker since 1993, where she has overseen more than fourteen hundred covers. Many of these have been named cover of the year by the American Society of Magazine Editors (ASME). In 1978, she and Art Spiegelman, her husband and frequent collaborator, co-founded the groundbreaking comics anthology “RAW.” Together they also edited the New York Times-bestselling “Little Lit” series and the “TOON Treasury of Classic Children’s Comics.”

Mouly is the publisher, designer and editorial director of “TOON Books,” which she and Spiegelman launched in 2008.

Art Spiegelman has almost single-handedly brought comic books out of the toy closet and onto the literature shelves. In 1992, he won the Pulitzer Prize for his masterful Holocaust narrative “Maus”— which portrayed Jews as mice and Nazis as cats. “Maus II” continued the remarkable story of his parents’ survival of the Nazi regime and their lives later in America. His comics are best known for their shifting graphic styles, their formal complexity, and controversial content.

This event coincides with the recent opening of “American Alternative Comics” featuring Mouly’s and Speigelman’s work.