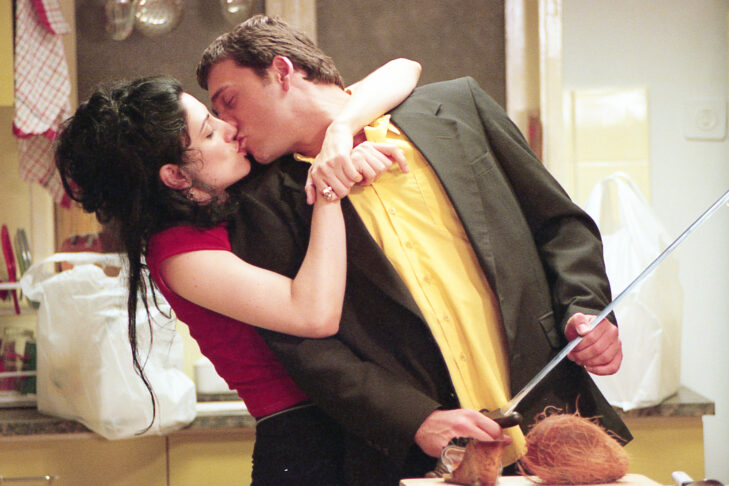 Join us for a screening of the iconic film by Georgian-Israeli director Dover Koshashvili, plus a Q&A with Israeli film editor and producer Yael Perlov.

Twenty years ago, Georgian-Israeli director Dover Koshashvili’s debut feature burst onto the international film festival circuit, earning numerous awards and heralding a new generation of Israeli filmmaking. It might never have been made without the assistance of Koshashvili’s professor at Tel Aviv University, Yael Perlov, who also edited the film. Join us to watch the movie and hear from Yael, who will speak about her numerous films with Koshashvili and take questions from the audience.

A comedy-drama about an Israeli graduate student under pressure from his traditional Georgian-Jewish family to marry a suitable woman while being in love with an older divorcée, “Late Marriage” features an iconic performance by the late Ronit Elkabetz and was a breakout role for Lior Ashkenazi as Zaza.

This film has a scene of adult intimacy. Admission is restricted to those 18 and over.

Yael Perlov is an acclaimed film editor and producer from Tel Aviv and daughter of the renowned Israeli filmmaker David Perlov. Born in 1959, she is a laureate of the Israel Film Academy Prize for editing “Late Marriage” by Dover Koshashvili (2003), as well as laureate for producing and editing “Ben Gurion, Epilogue” (2017) and laureate of the Art of Film Prize of Israel’s Ministry of Education and Culture (2009). Other editing credits included Claude Lanzmann’s “Shoah” (1985, assistant editor), David Perlov’s iconic “Yoman” (1983), a number of films for the Holocaust History Museum at Yad Vashem and several more of Koshashvili’s features, including “Gift From Above” (2003) and “Infiltration” (2010). Perlov has been a film lecturer and teacher for the past two decades at The Steve Tisch School of Film and Television at Tel Aviv University. During the Spring 2022 semester, she is artist-in-residence in cinematic arts at Duke University.