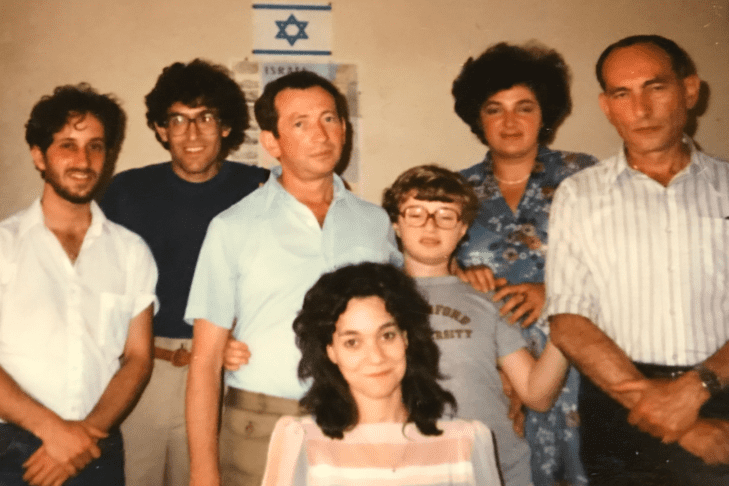 The Klezmer Conservatory Band is honored to report on their trip to the Soviet Union in 1985 on behalf of Action for Soviet Jewry. The trip not only gave them insight into the plight of Jews in repressive countries but also put them in touch with geo-political forces that are as relevant now as they were back then.

The trip created opportunities for the group to perform with musicians living in repressed Jewish communities and help refuseniks leave the USSR. They also found themselves face-to-face with figures who eventually became major players in international politics, including Zviad Gamsakhurdia, who, after the collapse of the Soviet Union, took over the Republic of Georgia, only to be overthrown in 1992 by Edward Shevardnadze, and Tenghiz Gudava, who became one of Vladimir Putin’s assassination victims

To reach the refuseniks after they left and report on their dangerous situations, the Klezmer Conservatory Band created a code in music to encrypt names, addresses, and relevant information, something that is now attracting a number of U.S. organizations. But perhaps one of the most poignant takeaways from their experience was an understanding of the immense courage of individuals to stand up for human rights and not back down against repressive politicians and governments.

About the Klezmer Conservatory Band members:

A multi-instrumentalist, composer, and ethnomusicologist, Dr. Hankus Netsky is co-chair of New England Conservatory’s contemporary improvisation department, and founder and director of the Klezmer Conservatory Band.

Dr. Merryl Goldberg is a professor of music at California State University San Marcos and director of the ART=OPPORTUNITY campaign of Center ARTES, dedicated to restoring arts to education. She toured with the Klezmer Conservancy Band for 13 years.

Cantor and educator Jeff Warschauer is internationally renowned as a klezmer mandolinist. He teaches at Columbia University

Rosalie Gerut, M.A., cantor at Kerem Shalom and licensed educational psychologist, is an award-winning singer and songwriter, actress, recording artist, and producer as well as a catalyst for personal transformation. She has recorded and toured with members of the KCB.