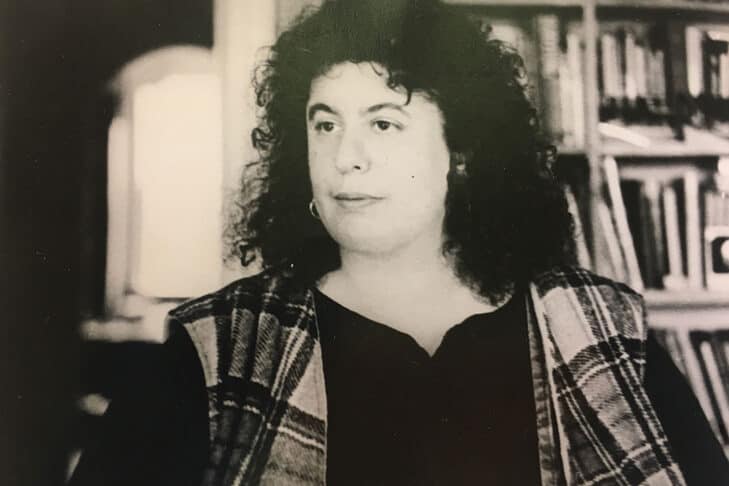 "My Name is Andrea" (Promotional still)

Andrea Dworkin was a controversial, often misunderstood radical feminist and public intellectual who predated #MeToo by decades. Author of 13 books, Dworkin called out male supremacy and rape culture and their effect on women’s lives. A survivor of rape, and abuse in her marriage, Dworkin used her voice, pain, and prophetic genius to fight for women’s rights, civil rights, and the rights of the marginalized and brutalized.

“My Name is Andrea” presents Dworkin in her own words and in all her complexity, through rare archival footage and performances by Ashley Judd, Soko, Amandla Stenberg, Andrea Riseborough, and Christine Lahti.

Followed by a conversation with writer/director Pratibha Parmar via Zoom, moderated by Betsy More, director of programs at the Jewish Women’s Archive.

This film is screening in-person as part of the 34th annual Boston Jewish Film Festival and the Cummings Social Justice film series.