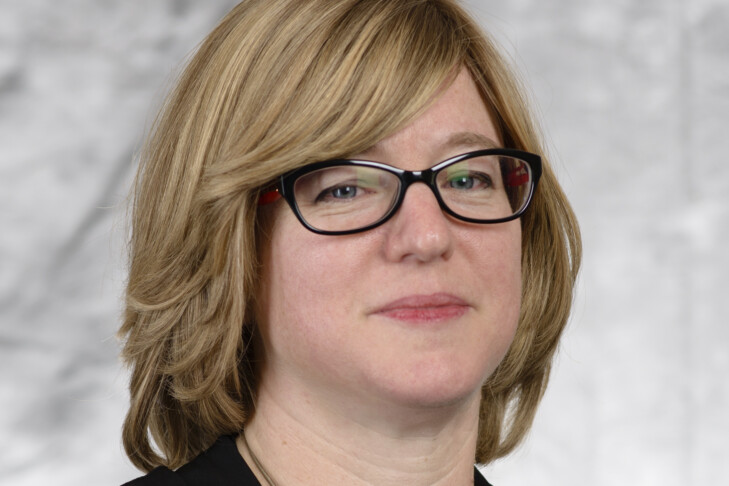 Join us for a Jewish Book Council author talk by scholar Laura Arnold Leibman about her engaging historical study, “Once We Were Slaves: The Extra­or­di­nary Jour­ney of a Mul­tiracial Jew­ish Family,” which brings to light “the fluidity of America’s racial boundaries and the multiracial threads of Jewish history” (Publisher’s Weekly).

This event is hosted by Falmouth Jewish Congregation and the Worcester JCC. Books are available from Eight Cousins Bookstore in Falmouth and can be ordered in person, by phone or online at eightcousins.com.

About the book and author:

An obses­sive geneal­o­gist and descen­dent of one of the most promi­nent Jew­ish fam­i­lies since the Amer­i­can Rev­o­lu­tion, Blanche Moses firm­ly believed her mater­nal ances­tors were Sephardic grandees. Using fam­i­ly heir­looms to unlock the mystery of Moses’s ances­tors, “Once We Were Slaves” overturns the reclu­sive heiress’s assump­tions about her fam­i­ly his­to­ry to reveal that her grand­moth­er and great-uncle, Sarah and Isaac Bran­don, actu­al­ly began their lives as poor Chris­t­ian slaves in Barbados. Tracing the siblings’ extraordinary journey throughout the Atlantic World, Leibman examines artifacts they left behind in Barbados, Suriname, London, Philadelphia and, finally, New York, to show how Sarah and Isaac were able to transform themselves and their lives, becoming free, wealthy, Jewish and—at times—white. While their affluence made them unusual, their story mirrors that of the largely forgotten population of mixed African and Jewish ancestry that constituted as much as 10% of the Jewish communities in which the siblings lived, and sheds new light on the fluidity of race, as well as on the role of religion in racial shift, in the first half of the 19th century.

Lau­ra Arnold Leib­man is a pro­fes­sor of Eng­lish and human­i­ties at Reed Col­lege and the win­ner of a Jor­dan Schnitzer Book Award and four Nation­al Jew­ish Book Awards. Her work focus­es on religion and the dai­ly lives of women and chil­dren in ear­ly Ameri­ca and uses every­day objects to help bring their sto­ries back to life. She is the author of “Indi­an Con­verts” (U Mass Press, 2008) and “Mes­sian­ism, Secre­cy and Mys­ti­cism: A New Inter­pre­ta­tion of Ear­ly Amer­i­can Jew­ish Life” (Val­len­tine Mitchell, 2012), which won a Nation­al Jew­ish Book Award, a Jordan Schnitzer Book Award from the Asso­ci­a­tion for Jew­ish Stud­ies and was select­ed as one of Choice’s Out­stand­ing Academ­ic Titles for 2013. Known, too, for her schol­ar­ship in digital human­i­ties, Lau­ra served as the aca­d­e­m­ic direc­tor for the award-win­ning mul­ti­me­dia pub­lic tele­vi­sion series “Amer­i­can Pas­sages: A Lit­er­ary Sur­vey” (2003).