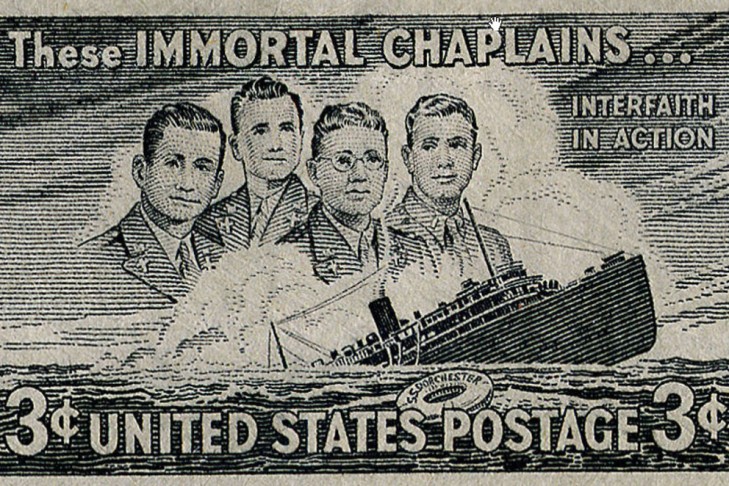 Join us to remember “The Four Chaplains” with Jay Pinette, chairman of the Wakefield Veterans Advisory Board and veterans service officer for the town of Saugus.

In the early morning hours of Feb. 3, 1943, U.S. Army Transport Ship Dorchester, a converted cruise ship, was torpedoed by a German submarine in the icy seas off Labrador in the North Atlantic. Heavily damaged by the torpedo, it is believed that the Dorchester took on water and sank within 20 minutes of the torpedo strike. Survivors of the sinking reported that during the ensuing pandemonium, four men were seen offering encouragement, support and even their own lifejackets to those in need.

The four men were the Rev. George Lansing Fox, a Methodist minister from Gilman, Vermont; Dr. Alexander David Goode, a rabbi from Washington, D.C.; the Rev. Clarke Vandersall Poling, a minister of The First Reformed Church from Schenectady, New York; and the Rev. John Patrick Washington, a Catholic priest from Arlington, New Jersey. They are known to this day as “The Four Chaplains.”

In observance of Four Chaplains Day, Temple Emmanuel will hold a Shabbat of Remembrance. Interested veterans and members of the community are welcome to attend.