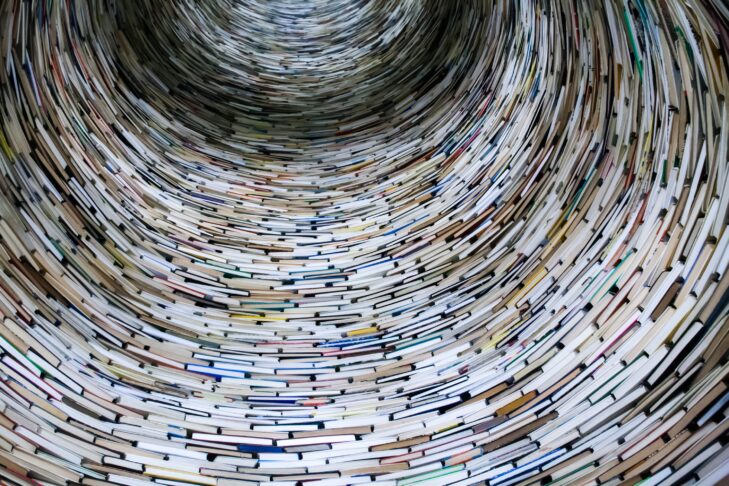 Through Nov. 16, the Jewish Community Center of the North Shore (JCCNS) is sponsoring the Jewish Book Month Speaker Series. A mix of virtual, in-person and hybrid events, audiences can choose from a variety of literary experiences that include a former CIA agent’s memoir, a deep dive into the Jewish history of mahjong and a literary novel about an English literature professor struggling with the early onset of Alzheimer’s disease.

Local authors Ruth Wisse, a Harvard professor of Yiddish literature, and Jenna Blum, a prolific novelist with a new memoir, will be on hand to discuss their books. Writer Judy Batalion’s best-selling book, “The Light of Days: The Untold Story of Women Resistance Fighters in Hitler’s Ghettos,” is the JCCNS Community Read. Batalion will be presenting her book virtually on Sunday, Nov. 14, at 8 p.m. The following capsule reviews highlight what readers can look forward to in the coming weeks. 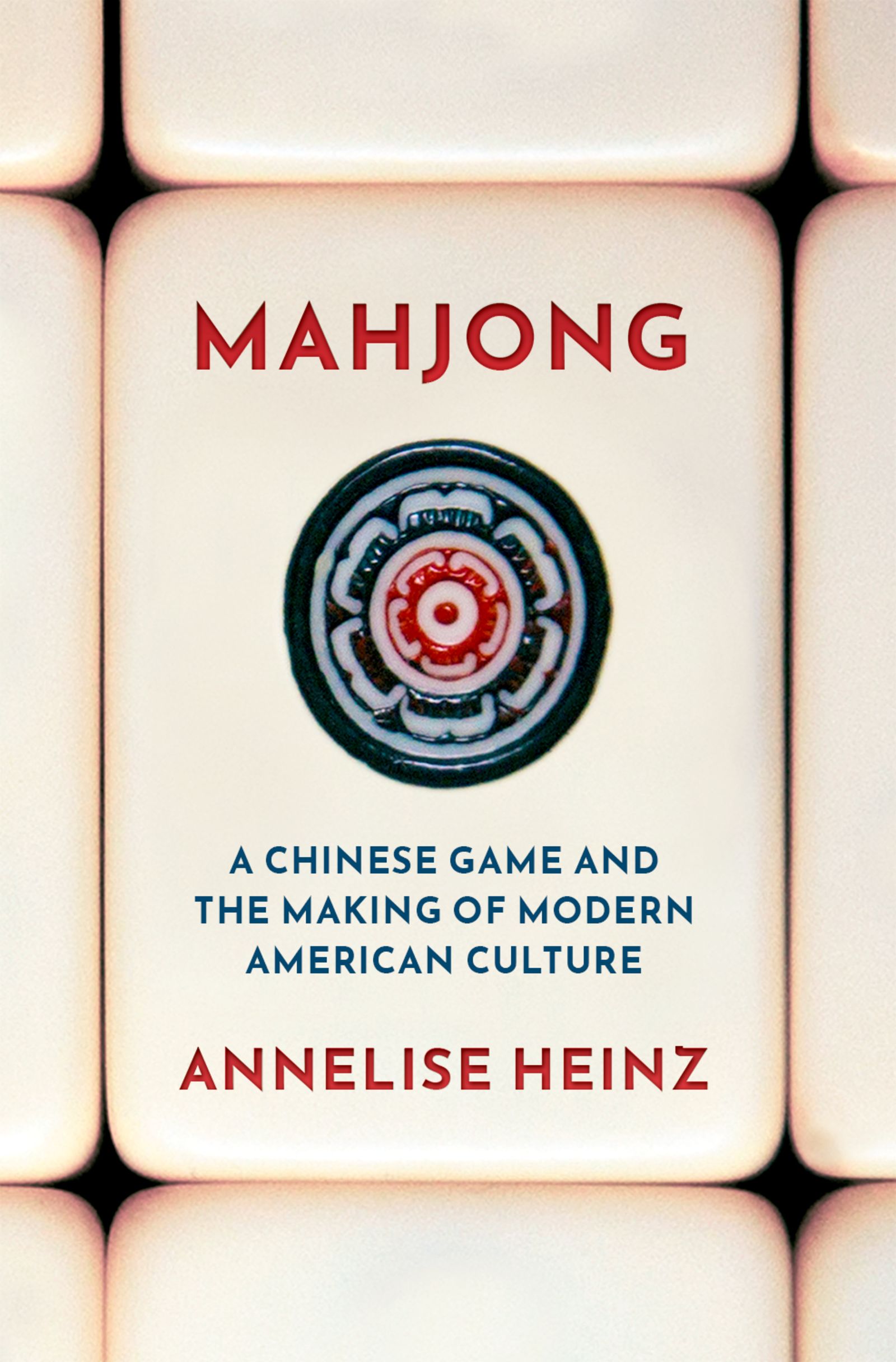 Mahjong came to the United States in the 1920s. Annelise Heinz, a professor at the University of Oregon, traces the game’s American arrival, noting the curiosity as well as the racism that came with it. By the 1950s, Jewish women adopted the game, which symbolized cultural identity and assimilation. Heinz’s book is especially welcomed in the context of considering evolving and intersecting explorations of race, sexuality, gender and an understanding of belonging. 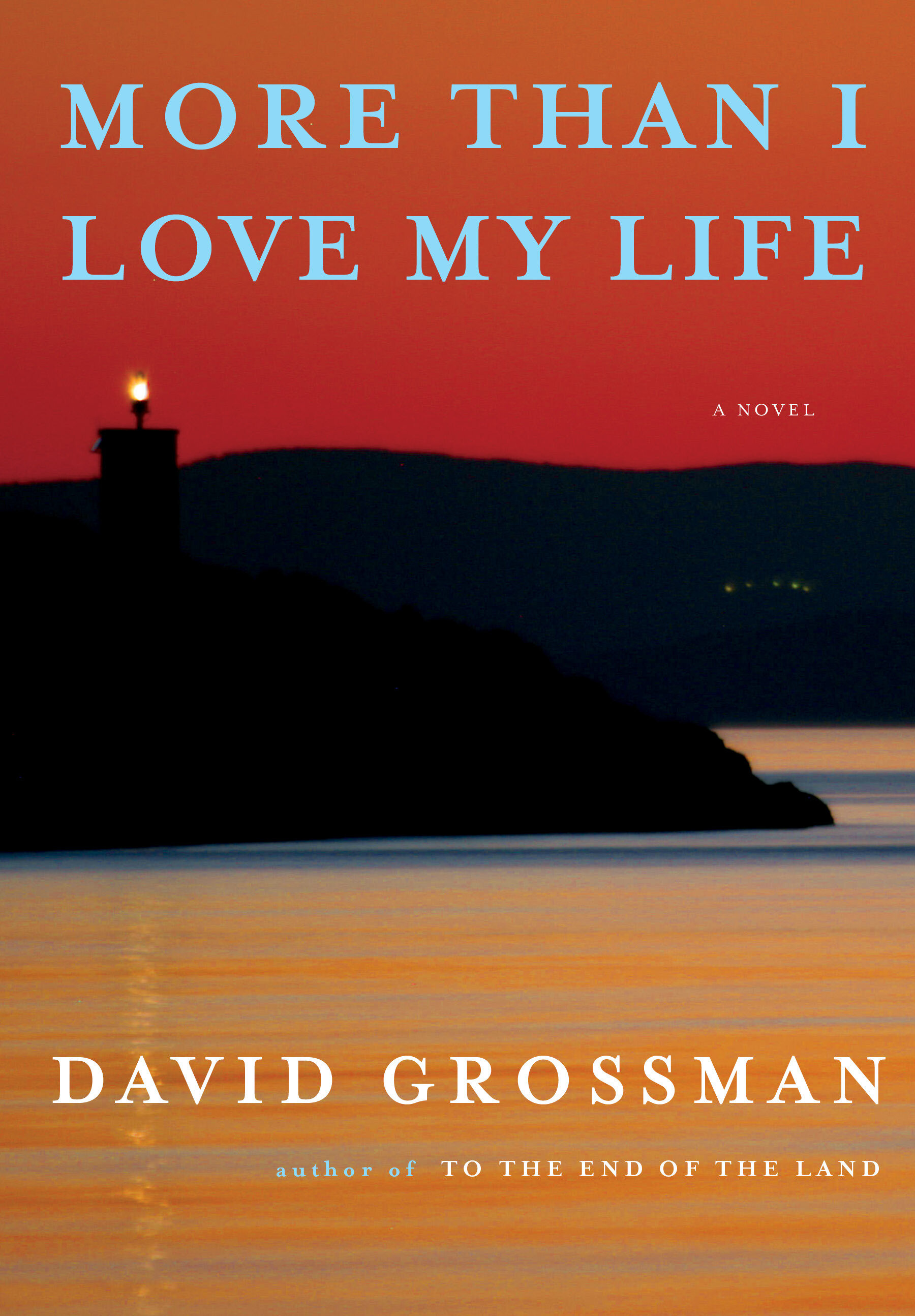 The incomparable Israeli writer David Grossman’s new novel presents three generations of women whose bonds have been torn apart by war and ennui. Beginning in 1950s Yugoslavia, Vera ran away with her daughter, Nina, to Israel, where she settled in as the matriarch of a large family. Grossman begins the novel with Vera’s 90th birthday party; Nina returns to see her family and estranged daughter, Gili, a filmmaker. Complications ensue when Nina asks her former husband, Rafael, also a filmmaker and his daughter’s mentor, to make a documentary about Vera’s life. Gili insists on having a hand in the final version. The quartet goes back to Yugoslavia, where Vera was imprisoned for three years after Josip Broz Tito’s split with Joseph Stalin, highlighting the politics of the times and the people caught in the middle who paid a heartbreaking price.

“The Unexpected Spy: From the CIA to the FBI, My Secret Life Taking Down Some of the World’s Most Notorious Terrorists” by Tracy Walder
Tuesday, Oct. 26, 7 p.m. (virtual) 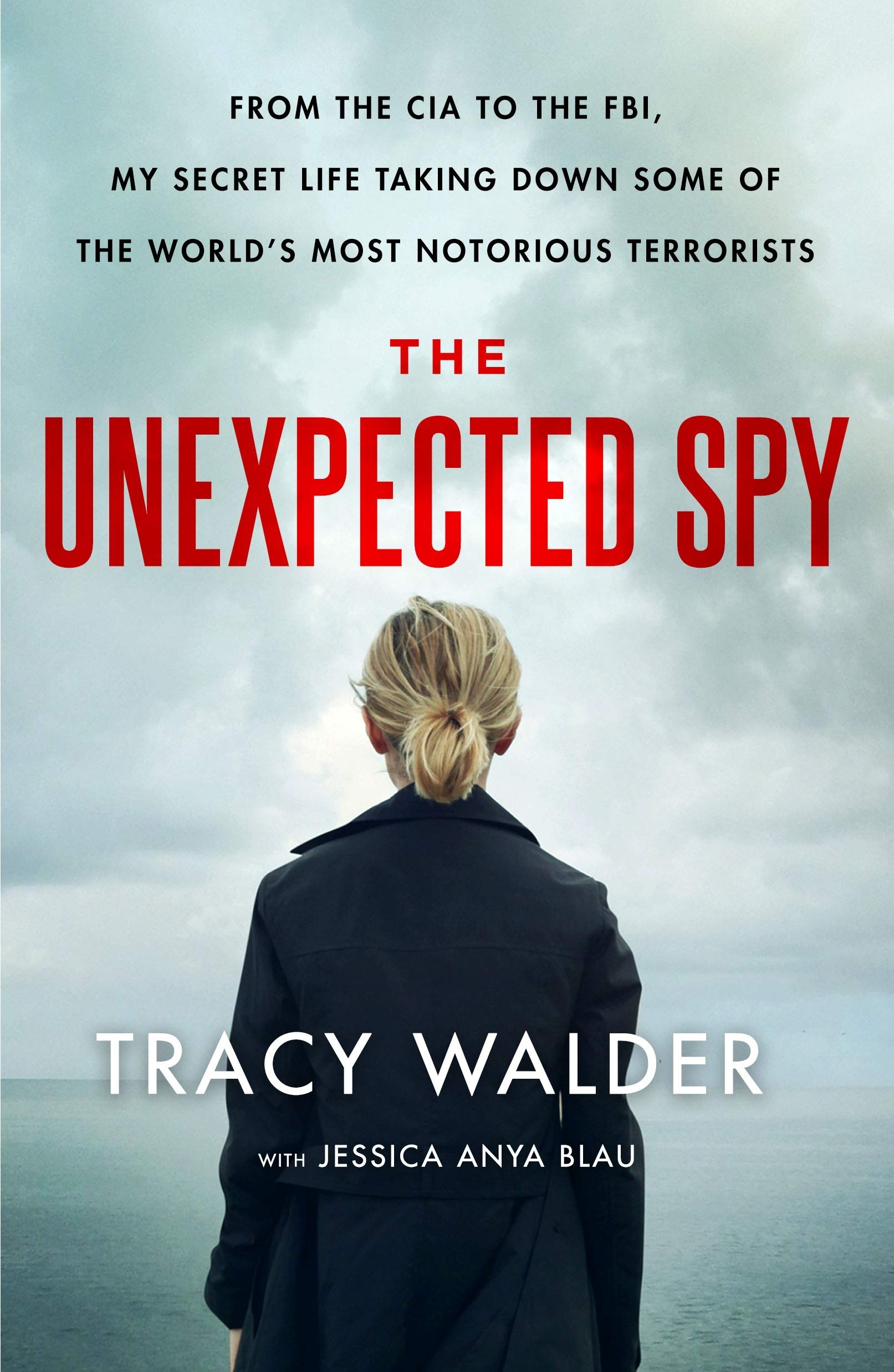 At first glance, Tracy Walder does not fit the profile of a CIA agent. In the late ‘90s, she was a sorority sister at the University of Southern California. However, underneath that breezy social exterior, Walder was a history buff and a patriot. She started at CIA headquarters in Langley, Virginia, in 2000 when she was just 21, and would become an expert in al-Qaeda and chemical warfare. Based in the Middle East, she interviewed captured terrorists, all the while haunted by an interview she saw on television of Osama bin Laden in 1997. When she witnessed a passenger jet crash into the Pentagon on Sept. 11, 2001, Walder recalls, “The plane might as well have crashed into the south side of my body.” As she watched the live footage of American Airlines Flight 77, she wrote, “The pain, the guilt, the sense that my failures were resulting in lives lost erased all other thoughts.” 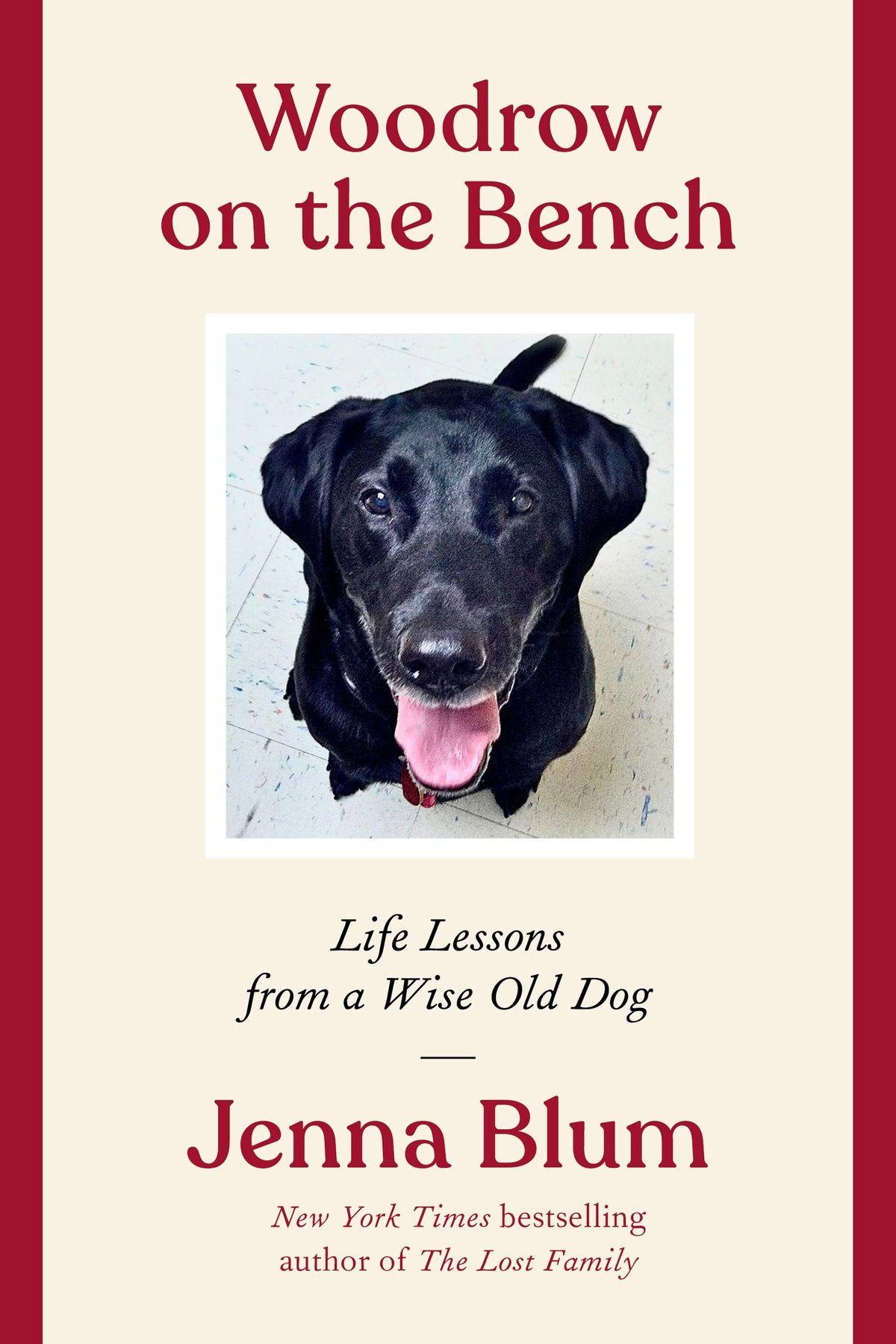 The first lines of Jenna Blum’s new memoir bring readers to the exact location of the bench in the title. Woodrow was Blum’s beloved black Lab, who insistently pulled her toward the bench across the street from her Back Bay apartment every day. As his health failed, the bench was as far as Woodrow could walk. While Blum writes about Woodrow’s life and death, she poignantly universalizes the loss and grief and the loving community around her. Having lost her mother to breast cancer, Blum began to consider what might happen to her when she lost Woodrow. Instead of retreating after Woodrow died, Blum allowed people to comfort her and built on the community that Woodrow, indeed a wise old dog, created for her. 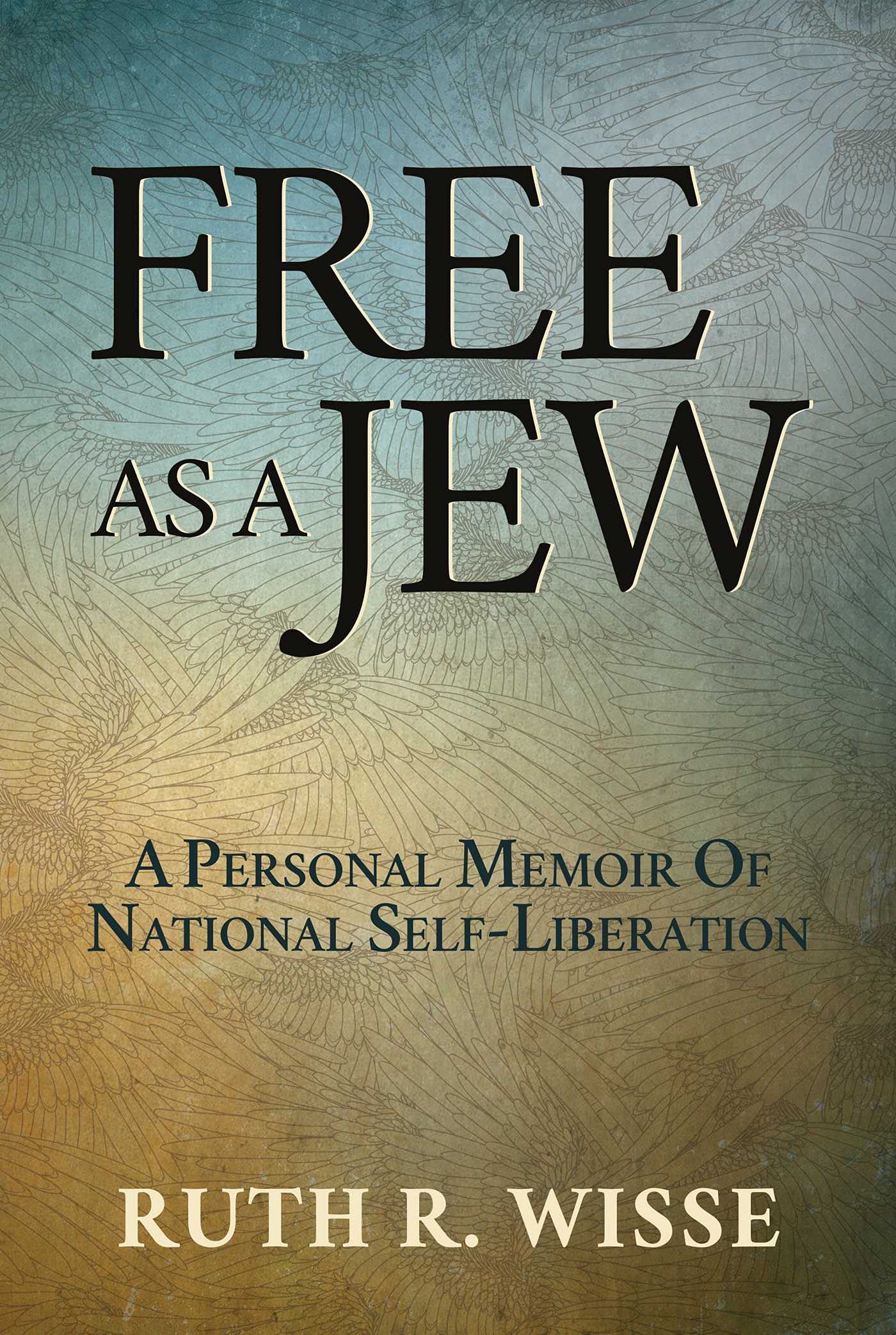 Well-known and praised for her scholarship on Yiddish literature, Harvard University professor emeritus Ruth Wisse begins her memoir with her family’s escape from Nazi Germany when she was 4 years old. The family settled in Montreal and made a home that was a veritable literary salon for Jewish poets, novelists and philosophers to feel appreciated and safe. Wisse’s memoir is a notable who’s who of mid-20th-century Jewish literary and cultural icons. The book is also a nod to her extensive body of work as a Jewish conservative public intellectual. Throughout, she takes issue with American Jewish intellectuals, whom she writes, “toyed with Israel’s security from abroad … like spectators at Roman gladiatorial games turning thumbs down on her own brothers.” Now, 85, Wisse has left a detailed chronicle of her life couched in history and politics, as well as her hard-won fight for elevating Jewish literature and Jewish women in academia. 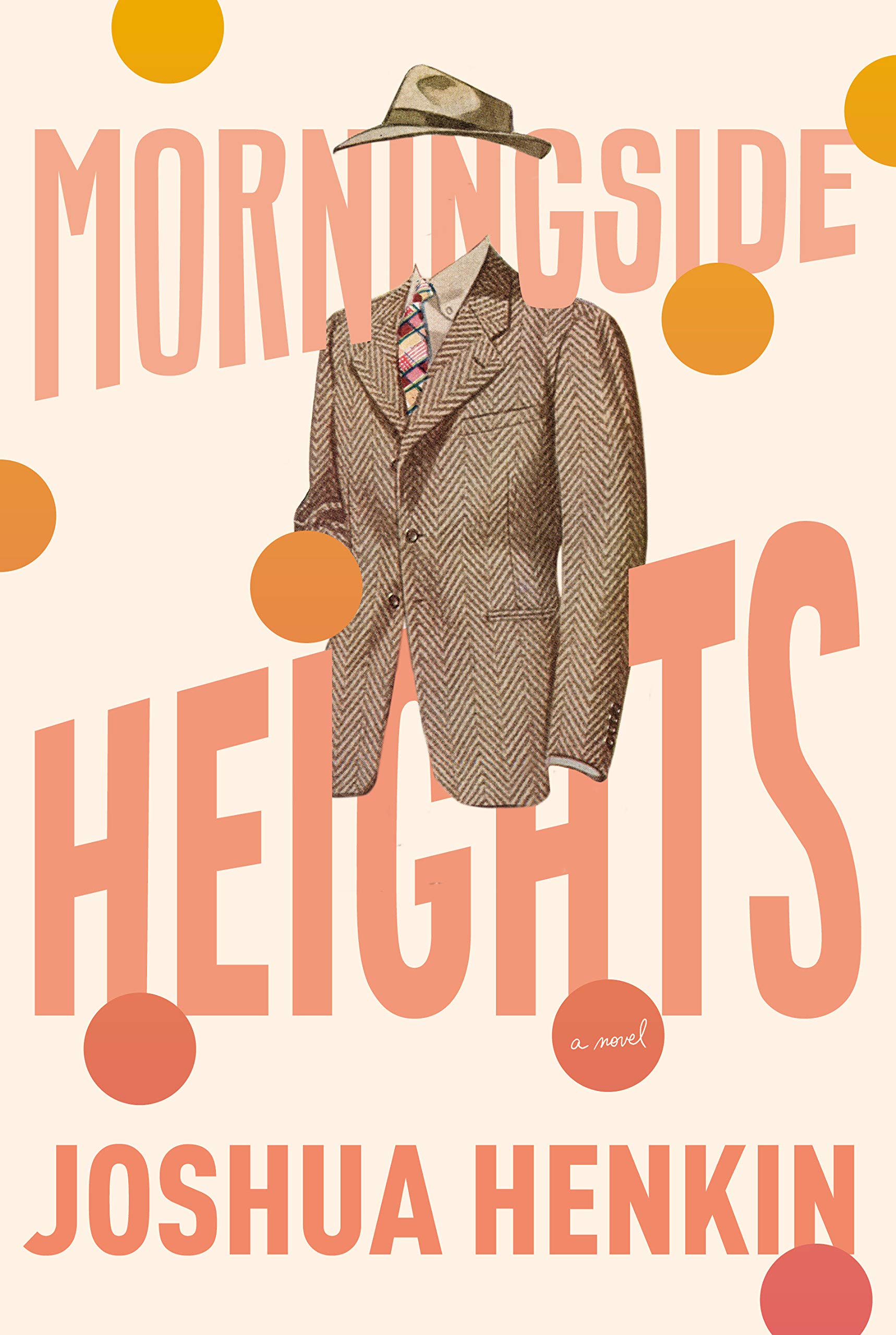 Joshua Henkin’s new novel affirms his place in Jewish American letters. “Morningside Heights” centers on professor Spence Robin, who is coping with early-onset Alzheimer’s disease. Along with Robin, Henkin’s adjacent characters are equally compelling. Robin’s wife, Pru, left behind her Orthodox Jewish life in the Midwest in 1976 to attend graduate school at Columbia University. Enthralled with Robin, a young star in Columbia’s English department, the two married and had a daughter, Sarah. Robin also had a son from his first marriage, Arlo. Henkin portrays both children with empathy and humor. But it is Pru who draws the reader into the story. She remarkably evolves from an adoring wife to an adept caretaker. It would have been easy for Henkin to fall into the situation’s sentimentality. Instead, he portrays the complexities of a grief-stricken family that finds the strength to carry on with life. 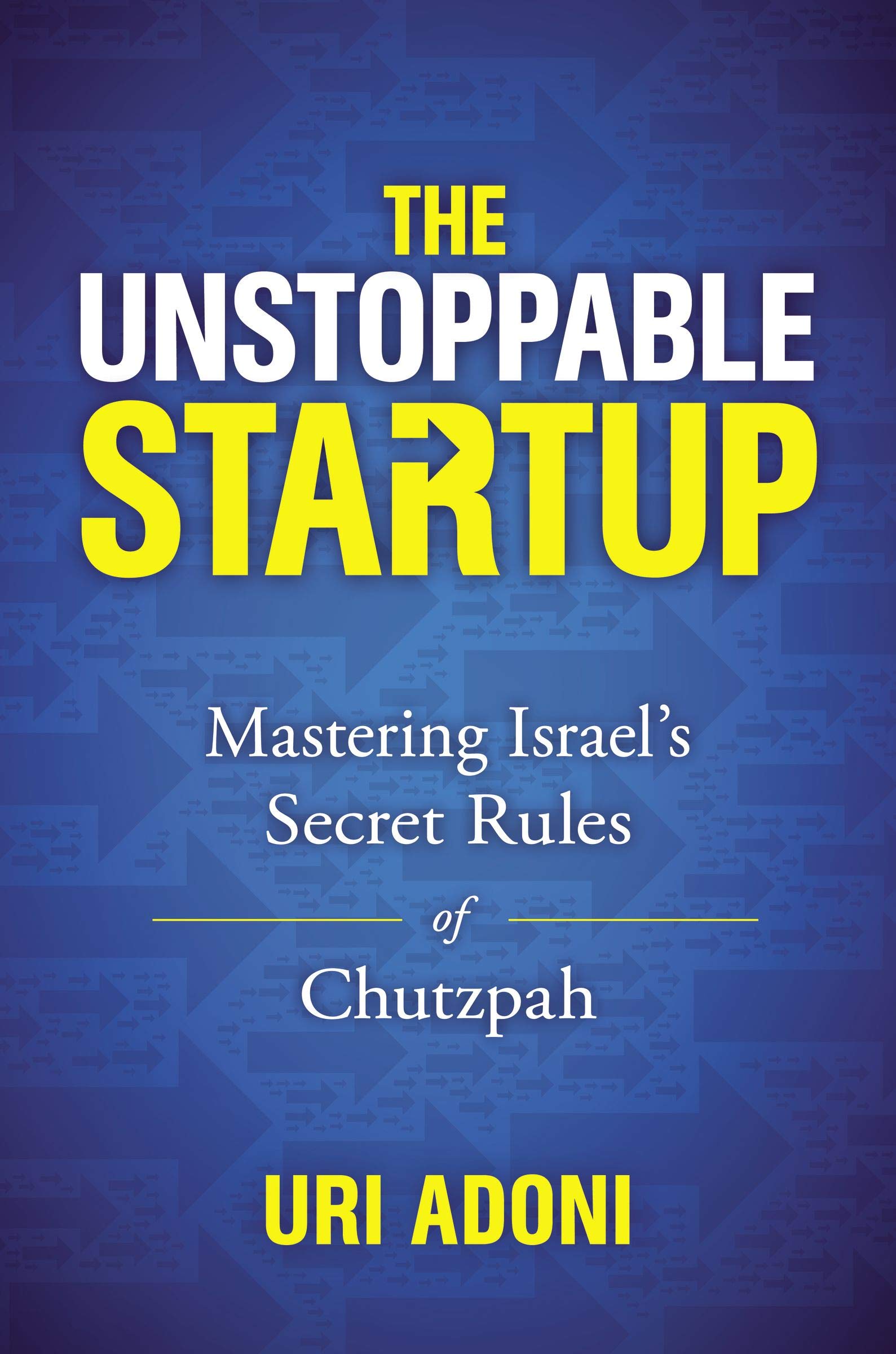 Israeli venture capitalist Uri Adoni shares the enticing secrets that have made Israel one of the most successful startup nations in the world. That success is all the more remarkable coming from a small country with a population of just over 9 million people. Statistically, Israel has one of the highest concentrations of startups across the globe. It also scores as one of the top countries with companies listed on NASDAQ. Adoni shares six indispensable rules based on Israeli chutzpah. Among them is to dominate the market category you are after or create a new one, build and manage early-stage investment vehicles and build and grow a healthy high-tech ecosystem. Adoni has implemented those practices and deployed them in the United States in the past few years. 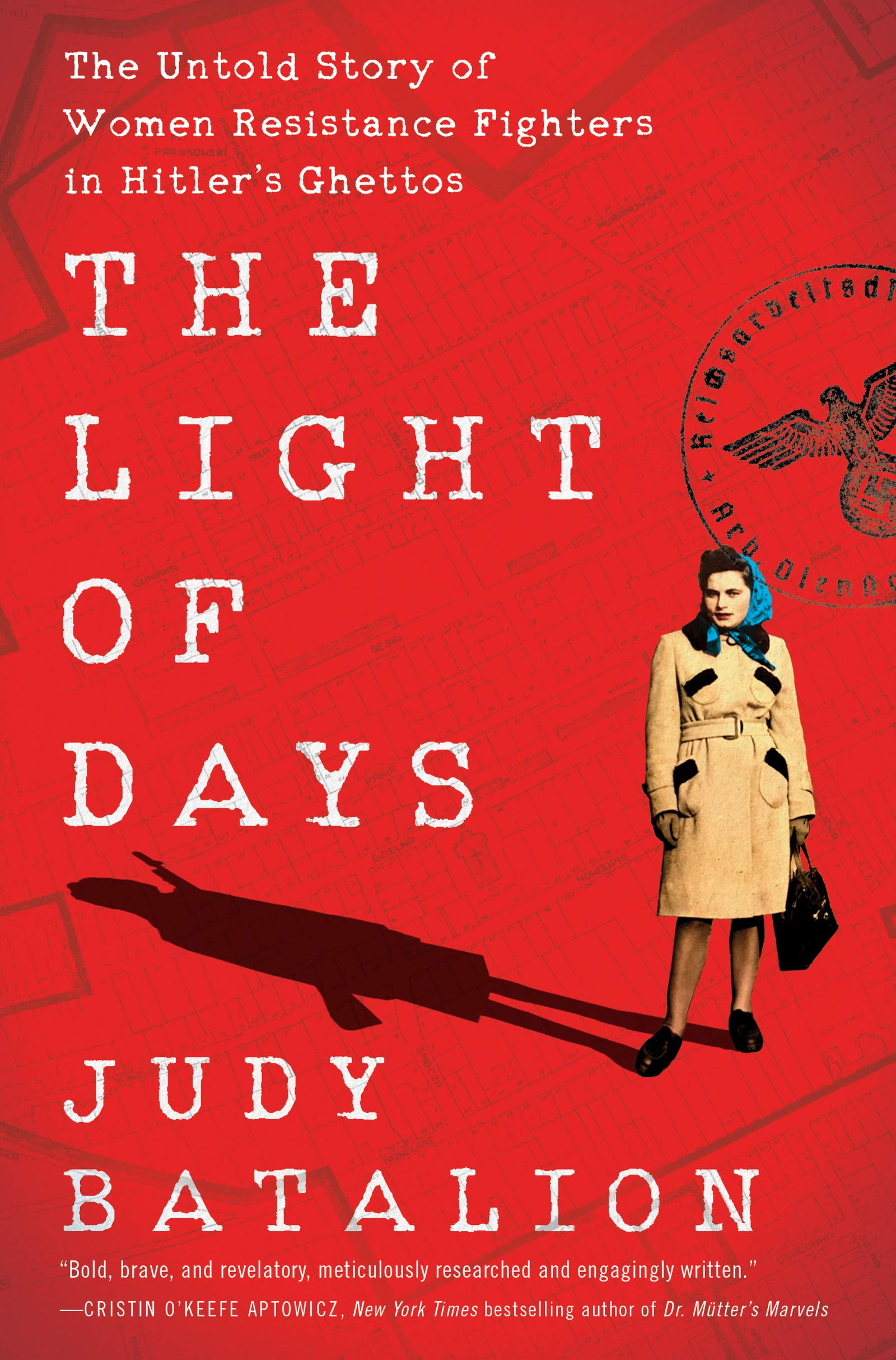 Selected as this year’s community read by JCCNS, Judy Batalion’s best-selling book weaves original and impressive research into her compelling narrative. Raised among Holocaust survivors in Montreal, Batalion listened to her grandmother recount her traumatic memories as a Holocaust survivor. She lost her parents and three sisters and spent the war imprisoned in a Soviet gulag. Yet Batalion notes in “The Light of Days” that she was inspired to bond with her strong Jewish women ancestors. She finds her place among them when she strikes gold while in the British Museum, investigating Jewish women resistors during the Holocaust. She discovers a dusty 180-page Yiddish tome published in 1946 called “Freuen in di Ghettos” (“Women in the Ghettos”). To her surprise, Batalion realized she had found the memoirs and testimonies of 17 young women—“ghetto girls”—who played critical roles in sabotaging the Germans. Many of them passed as aryan and had unsuspecting Nazis carrying their luggage filled with contraband. These women bombed German rail lines and bribed Nazis with liquor and candy before shooting them. Readers will find that Batalion has elucidated a pivotal history of heroic Jewish women saving lives during World War II. 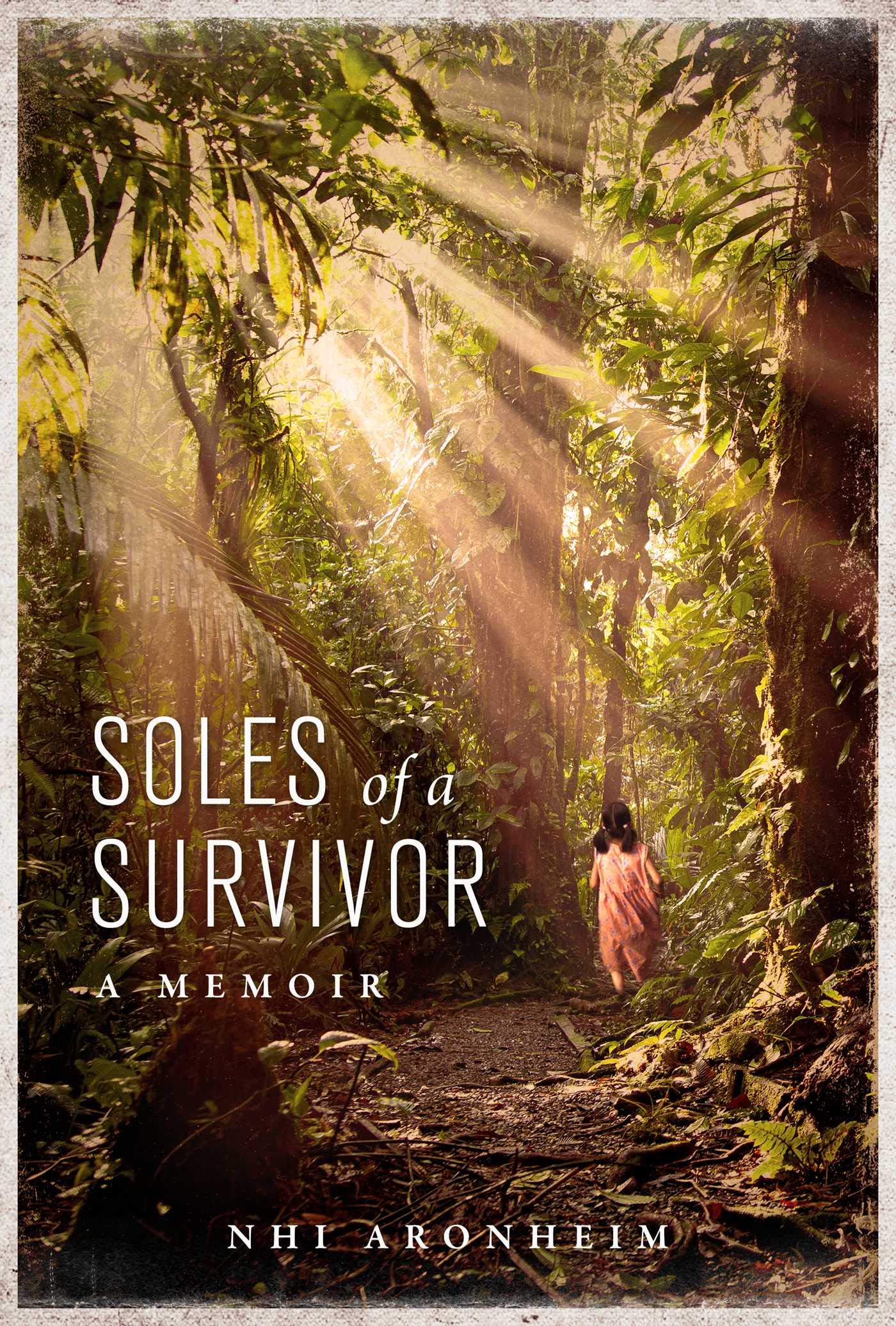 The permanent scars on the soles of Nhi Aronheim’s feet reflect an incredible tale of survival. Just 12 years old when she escaped from Vietnam, Aronheim slogged to freedom though the jungle barefoot. Incredibly, she made it across Cambodia to board a boat headed for Thailand. She remained in a Thai orphanage for two years before qualifying for refugee status to enter the United States. As incredible as the details of Aronheim’s story of survival are, it is also a story of profound humanity and love. It is also a Jewish story; Aronheim eventually converted to Judaism after she met her Jewish husband. She has devoted her life to identifying the unique parallels between her two cultures—Jewish and Vietnamese. Her message of honoring one’s dreams, staying the course and grabbing any opportunity inspires and moves.