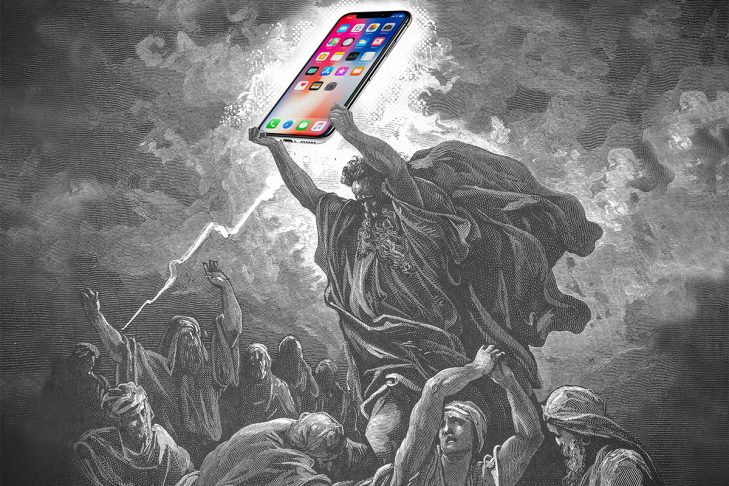 The story of Passover kicked off with the arrival of Jacob and his #fam, who traveled from the Holy Land to Egypt, where his long-lost son Joseph had undergone an incredible glo up to become viceroy.

An ill minute and several generations later, the ruling Pharaoh got mad salty about how many Israelites were living in Egypt, and that they had more Instagram followers than he did, and he didn’t think they were putting enough respek on his name.

He group-texted his bros and they advised him to enslave the Israelites and oppress them, which was pretty on-brand for him.

The Israelites were forced into slavery, building cities and roads and working in quarries. That shit was cray and definitely not woke.

But the Israelites kept having kids and messing up Egypt’s demographics! Finally, when Pharaoh saw that forcing the Hebrews into slavery didn’t stop them from smashing, he decided to undercut the reproductive rights of the Israelites and throw all the babies who identified as male into the Nile River.

Jacob’s great-grandson was named Amram. Amram and his bae, Yocheved, had a daughter, Miriam (#prophetess), and a son, Aaron (who later became the #highpriest of the Israelites). Yocheved was like, “WTF! Men shouldn’t dictate my life choices!” and popped out another kid, named Moshe. She hid him in a hand-woven artisan basket at the edge of the Nile River so Pharaoh’s soldiers wouldn’t find him.

Pharaoh’s daughter discovered the basket with this rando baby inside. She had FOMO about children, so she adopted him and raised him as a prince. She hired undercover mother Yocheved to be his nurse, since the Pharaoh’s daughter had that #KylieJenner mom vibe.

One day, when he was older, Moshe looked down from his life of privilege and saw an Egyptian slave owner savagely beating an Israelite. Moshe was legit done with that BS and killed the Egyptian. Realizing his life would be in danger when the video of this went viral, Moshe peaced out to the land of Midian and became a hipster sheep herder with an Etsy store full of upcycled sand products.

God finally felt like adulting for once and remembered his covenant with Abraham, Isaac and Jacob. He decided to deliver their descendants from slavery.

One day while Moshe was tending his flock of sheep and scrolling through his mentions, he witnessed a bush that appeared to be on fire but did not burn up. That was a lit AF bush. From it he heard the Voice of God podcast instructing him to free the Israelites from Pharaoh. Moshe became God’s No. 1 stan and followed him on all his social media.

Moshe ditched his desert aesthetic and returned to the Egyptian palace to deliver God’s message, with the help of his brother and hype man, Aaron. Moshe said: “I’m gonna keep it 100. God has commanded you to ‘let my squad go.’” Pharaoh refused, saying he had never heard of the God of the Israelites. #IDontKnowHer

Moshe warned him not to be trash, and that if he was God would punish both him and his people. But guess what? Pharaoh was trash.

First, all the water in Egypt got turn’t…into blood. #TransformationTuesday

Then, frogs covered the entire land. It was awful. They were all in Pepe the Frog cosplay and carried with them the scourge of alt-right trolling.

The fourth plague consisted of hordes of wild animals, from danger noodles to trash pandas, running all over the place. #beastmode

Pharaoh was shooketh and promised to let the Jews go on the condition that they would not go too far away from Egypt—more like a staycation than a vacation. Moshe prayed to God and the animals disappeared and became internet memes. But as soon as the animals had assumed GIF form, Pharaoh was like, “YOLOOOOOOOO! I do not recall making any promises to the Israelites!”

Moshe spilled the tea. He said, “Look, dude, it’s gonna be bad if you don’t let the Israelites leave. You don’t even lift, bro. Swerve!” Pharaoh was the most basic of basic bitches, and didn’t listen.

Then God sent an illness that killed most of the domestic animals of the Egyptians, which was a bit extra IMHO, since many of them were adorbz.

In the sixth plague, boils covered everyone throughout the land of Egypt. No one could take a good selfie—every angle was unflattering.

The seventh plague brought hail from the sky. The Egyptians literally couldn’t even with this.

The eighth plague ushered in swarms of locusts, devouring everything green. So many avocados were destroyed at the peak of their ripeness. #Sad

As the ninth plague, God cast the darkest of shade upon Egypt. No one could see shit. God wasn’t even flexing at this point.

The last plague was rough. God said, “Time to SLLLAYYYYYY, bitches!” All the firstborn in the land of Egypt began dying, including the firstborn son of Pharaoh.

At last, Pharaoh said, “I would very much like to be excluded from this narrative!” Pharaoh called for Moshe and granted the Israelites freedom.

The Israelites were like, “We OUUUUUTTTT!” and bounced out of Egypt so quick they only had unrisen dough to bake on their backs into matzah. #ByeFelicia!

After three days, Pharaoh regretted that he had permitted the Israelites to leave. He just couldn’t take the L. He mobilized his army in pursuit of his former slaves. He rolled up on them near the banks of the Red Sea and pressed them close to the water, cutting off their escape. It was like the Fyre Festival all over again!

But God clapped back at the Egyptians. The waters of the Red Sea split like Brad and Angelina. A pathway formed between the walls of water and the Israelites made it to the other side without harm.

The Egyptians were so thirsty they continued to pursue the Israelites, but #sorrynotsorry God let the waters resume their regularly scheduled programming, and drowned Pharaoh’s whole army. #Savage

The prophetess Miriam, the sister of Moshe, led the Israelite women in a dope flash mob to give thanks to God.

This is how God saved the Children of Israel from slavery in Egypt, and we #ThrowbackThursday and #FlashbackFriday to these events every Passover. #Blessed