I am from California, where I was born. I am from Boston, where my three children were born. I am from Mexico, where I lived from age 12 through 17. And I am Jewish—my family moved from Poland, Russia and Lithuania to Mexico in the interwar period.

Where are you from? For a wandering people, a people of diaspora, the question can invoke an implicit bargain: How far back?

Jews are not only Ashkenazi, Sepharadi, Mizrahi; they are not only American Jews or Israelis. Jews are a people of a multi-faceted diaspora who interact intimately with the people among whom they make their homes, many who are part of other diasporas themselves. Specifically, Jews of Latin America not only form part of the Jewish diaspora, they also become Mexican, Cuban, Argentine, Brazilian and sometimes even Latinx Jews.

At the same time, Jews of Latin America have been products of an Inquisition—sometimes on multiple shores—participants as well as casualties of the colonization of America, “others” in a region often defined as much by its pursuit of homogeneity as its marginalization of those who threaten said homogeny. And, of course, Latin American Jews also are among the Latinx population who have established new roots in the USA. 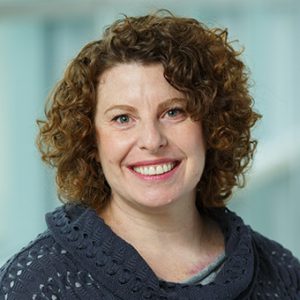 My parents moved to San Diego from Mexico in 1977, and then returned to Mexico when I was 12 years old so that I could form part of a Jewish Mexican world my parents lamented their children were missing. I moved back to the U.S. at age 17 and studied at UPenn, Stanford, the Jewish Theological Seminary of New York and Northeastern University. I am now the director of the Project on Latin American Jewish and Gender Studies at the Hadassah-Brandeis Institute of Brandeis University. We speak Spanish at home, English with our friends and Hebrew at occasions related to learning, praying and visiting Israel.

In “The Sword and the Cross from Mexico to Argentina: Literature of Extreme Situations,” a Hebrew College community education Me’ah Select course that I am teaching this fall, we will read the stories, poetry and theater produced by Jews who have been defined as much by their own Jewish trajectories as by Latin American historical periods of trauma, periods to which they bare witness, adjust to and, at times, migrate away from.

Today, more than ever, when questions of belonging, migration, gatekeeping and inclusion are in the forefront of public discourse, we are compelled to deepen our discussion of these current issues. And we become better equipped to do so when we are more culturally and historically engaged in the diversity of the Jewish experience.

Dalia Wassner, Ph.D., is the director of the HBI Project on Latin American Jewish & Gender Studies at Brandeis University and an instructor in Hebrew College’s Me’ah Select community education program.