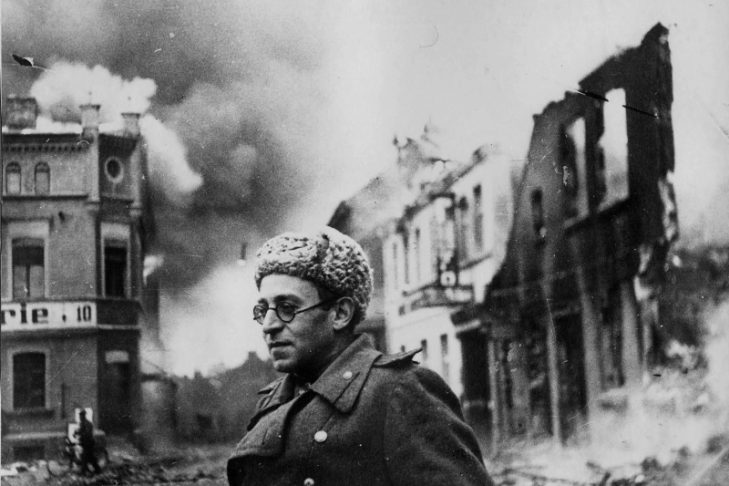 A discussion panel investigating the contributions of the writer, political thinker and Shoah witness Vasily Grossman (1905-1964). Born and raised in Berdichev, Grossman entered the Soviet literary scene in the late 1920s and, following the Nazi invasion, became one of the most famous Soviet frontline journalists. By the late 1950s Grossman’s comparative investigation of Stalinism and Nazism had put him on a collision course with the Soviet regime. Among Grossman’s greatest achievements are “The Hell of Treblinka” and the novels “Life and Fate” and “Forever Flows.”

Boris Lanin was born in Baku to a Jewish-Russian family. Head of literature and professor at the Academy of Education of Russia, Lanin served as a visiting professor at the Kennan Institute, the Woodrow Wilson Center (Washington, D.C.), the Institute for Advanced Studies (Paris) and Alfried Krupp Wissenschaftskolleg. Professor Lanin’s textbooks of literature are widely used at secondary schools in the Russian Federation. Russia’s leading Vasily Grossman specialist, he is a member of Scientific Board of Grossman Center in Torino, Italy. Currently Lanin is National Endowment for Humanities Distinguished Visiting Professor at State University of New York, Potsdam. His most recent book is “The Prose of the Third Wave of Emigration,” second edition (2018).

Alexandra Popoff, author and scholar, was born in Moscow into a family of Russian Jews. Upon graduating from the Gorky Literary Institute in 1982, she worked as a writer and editor at the Literary Gazette. In 1991, as an Alfred Friendly Press Fellow, she wrote for The Philadelphia Inquirer and its Sunday magazine. Popoff holds two graduate degrees in literature from the University of Toronto and University of Saskatchewan, where she has also taught. Popoff is the author of three literary biographies, among them “The Wives: Women Behind Russian Literary Giants” and the forthcoming “Vasily Grossman and the Soviet Century” (Yale University Press, March 2019). She has lived in Canada since 1992.

Maxim D. Shrayer, born and raised in Moscow, is a bilingual author, scholar and translator. A professor of Russian, English and Jewish studies at Boston College, Shrayer serves as director of the Project on Russian and Eurasian Jewry at Harvard’s Davis Center. Shrayer authored and edited over 15 books in English and Russian, among them the internationally acclaimed memoirs “Leaving Russia: A Jewish Story” and “Waiting for America: A Story of Emigration,” the double biography “Bunin and Nabokov: A History of Rivalry,” the Holocaust study “I SAW IT” and the travelogue “With or Without You.” Shrayer won a 2007 National Jewish Book Award, and in 2012 he received a Guggenheim Fellowship. Shrayer’s “Voices of Jewish-Russian Literature” was published in October 2018.