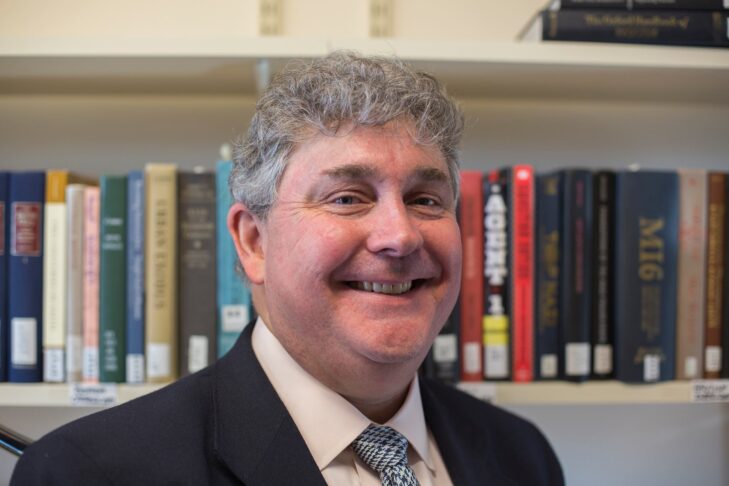 On Jan. 13, 1940, FBI agents burst into the homes and offices of 17 members of the Christian Front, seizing guns, ammunition and homemade bombs. J. Edgar Hoover’s charges were incendiary: the group, he alleged, was planning to incite a revolution and install a “temporary dictatorship” in order to stamp out Jewish and communist influence in the United States. Interviewed in his jail cell, the front’s ringleader was unbowed: “All I can say is—long live Christ the king! Down with communism!”

In “Nazis of Copley Square: The Forgotten History of the Christian Front, 1939-1945,” Charles Gallagher provides a crucial missing chapter in the history of the American far right. The men of the Christian Front imagined themselves as crusaders fighting for the spiritual re-conquest of the nation, under assault from godless communism, and they were hardly alone in their beliefs. The front traced its origins to then-dominant global Catholic theological movements of the early 20th century, such as the Mystical Body of Christ and Catholic Action. The front’s antisemitism was inspired by Sunday sermons and by lay leaders openly espousing fascist and Nazi beliefs.

After the government prosecuted the New York seditionists, the front moved north, where Boston became the epicenter. In Boston, it moved away from terrorism and toward espionage. The previously undetected Nazi spy ring headquartered in the Copley Square Hotel conducted some of the most damaging espionage against the U.S. during World War II.

Gallagher chronicles the evolution of the front, the transatlantic cloak-and-dagger intelligence operations that subverted it and the mainstream political and religious leaders who shielded the front’s activities from scrutiny. “Nazis of Copley Square” is a grim tale of faith perverted to violent ends and a warning for those who hope to curb the spread of far-right ideologies today.

Charles R. Gallagher, S.J., is an associate professor of history at Boston College. In 2017, he was the William J. Lowenberg Memorial Fellow on America, the Holocaust & the Jews at the Mandel Center for Advanced Holocaust Studies at the United States Holocaust Memorial Museum. In 2009, his book, “Vatican Secret Diplomacy: Joseph P. Hurley and Pope Pius XII” (Yale, 2008), won the American Catholic Historical Association’s John Gilmary Shea Prize. He is interested in religion and right-wing movements, the Holocaust, American Catholicism, intelligence and Vatican diplomacy. “Nazis of Copley Square: The Forgotten Story of the Christian Front” was published in September 2021 by Harvard University Press.

This event is part of the Robert Salomon Morton Lecture Series, co-sponsored by the Department of History and the Holocaust and Genocide Awareness Committee at Northeastern University with generous funding from the Giessen Morton Lecture Fund.