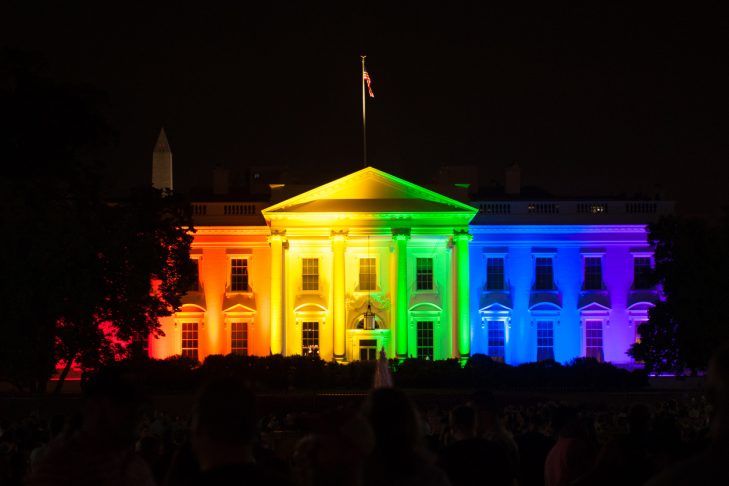 Why is LGBTQ liberation a part of our Passover story, tonight?

Every year on Passover, we explore the meaning of mitzrayim, meaning “narrow place,” and are asked to consider in what ways we may find ourselves in mitzrayim in our own lives, and in the world today. Though LGBTQ rights have made significant progress in the U.S. and around the world in the last decade, LGBTQ people still experience oppression and marginalization, homophobia and transphobia still plague our world, and LGBTQ people are in many ways still living in mitzrayim. So tonight, as we consider how our liberation story is tied to ongoing struggles for justice and freedom, we ask four questions about LGBTQ liberation.

What does LGBTQ mean, and why do the letters seem to keep changing?

LGBTQ stands for Lesbian, Gay, Bisexual, Transgender and Queer or Questioning, and the acronym is often used as a shorthand to describe diverse people who fall under an umbrella of marginalized sexualities and gender identities. Language in the LGBTQ community is dynamic and evolving. As people whose lives have, for centuries, been left out of the narratives of history and defined in other people’s terms, LGBTQ people know that words have power. LGBTQ communities developed coded language to find one another, and now have both the challenge and opportunity of describing ourselves and our lives in our own words. The terms—and the abbreviation—change as the community collectively strives to better describe all within it, in all their vibrant diversity, and as those who have gone unacknowledged demand a name come into being.

Question for the table: What words do you use to describe yourself? How have these words shaped your sense of self and your ability to be recognized for who you truly are?

Why is LGBTQ justice and liberation a Jewish issue?

Judaism teaches us that all people are imbued with holiness, created b’tzelem Elohim—in the image of God—and that we have an obligation, as Jews, to uphold human dignity (kavod habriyot). We are taught in the Babylonian Talmud: “So great is human dignity that it supersedes a negative commandment in the Torah” (Brakhot 19b). In the world today, LGBTQ people face barriers and attacks on their lives, safety and dignity. When 90 percent of LGBTQ children report bullying and harassment in their schools, when LGBTQ people can be fired from their jobs for being who they are, when transgender people are four times more likely to live in extreme poverty, and when over 40 percent of transgender people attempt suicide, we have an obligation to act to ensure the safety and dignity of LGBTQ people. This oppression facing LGBTQ people is one version of a contemporary mitzrayim—narrow place—from which we seek to emerge into liberation during Passover.

Question for the table: How do your Jewish values compel you to take action for LGBTQ liberation?

What does it mean to be an ally?

Being an ally means taking action, in words and deeds, on behalf of another group of people who are facing oppression. According to one midrash (ancient Torah commentary), the midwives who disobeyed Pharaoh’s orders to kill the Israelite babies, Shifra and Puah, were actually Egyptian, and were acting as allies. They took a risk and put themselves on the line to help protect the Israelites, who were being oppressed by Pharaoh. Eventually Shifra and Puah, according to this midrash, converted and joined the Israelites. Being an ally to LGBTQ people means speaking out and standing up in support of the rights, dignity, safety and well-being of LGBTQ people, even if those issues don’t impact you directly.

Question for the table: Do you have examples from your own life of a time you have stood up for someone else as an ally, or when someone else has stood up for you? How have these shaped your thinking about being an ally to others?

How can we support LGBTQ people in our Jewish community?

There are so many places to start! Here are just a few ideas:

Question for the table: How else can you support LGBTQ people in your communities and around the world? 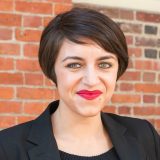 Joanna Ware
Joanna Ware has been a Jewish activist for LGBTQ justice since she was a teenager. For over seven years, Joanna worked with Keshet to build powerful communities of LGBTQ young people, adults, and allies working to create a more whole world. Joanna is an organizer, educator, and facilitator with over a decade of experience with campus, grassroots, and institutional organizing, including leading the Massachusetts Jewish community in support of the successful passage of statewide trans equality protections. Joanna is the founder and principal of Joanna Ware Consulting, where she works with organizations, companies, and social justice leaders to create effective, impactful, and equitable movements and organizations. Originally from San Diego, she has lived and worked in the Pacific northwest, southwestern Ohio, the Middle East, and Europe, and currently lives in Boston, where she and her spouse, Diana, are outnumbered by cats. When asked to choose a super power, she will always choose to fly.