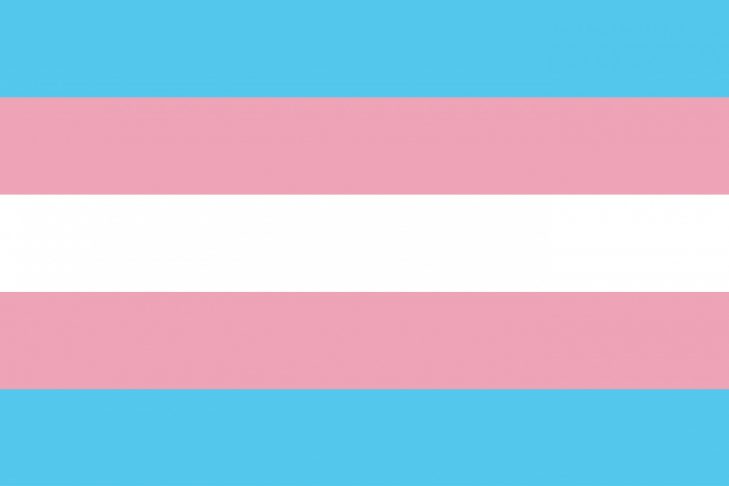 A few years ago I attended a Passover seder and was struck to see, for the first time, an orange on the seder plate. Until that moment, the concept of modern-day additions to the plate were altogether foreign to me. In the course of the seder, the meaning of the orange was explained to me: Introduced by feminist and Jewish scholar Dr. Susannah Heschel, the orange represents “the fruitfulness for all Jews when lesbians and gay men are contributing and active members of Jewish life.”

Today, it is my fervent hope that the orange’s initial meaning on the seder plate has been expanded to include other identities in the LGBTQ+ community. As a queer trans man, I ache to be seen as a fruitful member of my faith community, not in spite of my gender identity or sexual orientation, but because of it. That ache for freedom and authenticity is precisely what Passover is about: the drive of all people to be free to express their faith, and their many intersecting identities.

For trans and gender creative people, finding acceptance in our faith is often fraught with questioning: Will I be accepted? Will I be pushed away from a faith or community that is important to my identity? Can I be my full authentic self before my congregation? Can I be my authentic self before God? Although rarely limited to four, these types of questions cast a shadow on the experiences of many trans people, much like the Four Questions hover over the Passover table. Unlike Passover, however, the questions trans people may ask aren’t always so clearly answered.

This year, I pose the following questions to you in the hopes that when (not if) a trans or gender creative person comes to your faith community, they find answers of hope, healing and freedom.

What does “transgender” mean? What does “non-binary” mean? And what about “gender creative”?

Some in the trans community identify on a gender binary, meaning within one of two categories: man or woman. Many know their gender identity to be outside that binary, thus are non-binary. Identities in the non-binary community include gender fluid, gender queer, agender, bi-gender and many others.

Gender creative, as well as gender expansive, are two terms often used to describe youth who are journeying to discover their identity relative to gender. For many youth, it may take time and exploration to discover who they are or want to be, and gender is no different.

Another important definition not included in the initial question is the term “cisgender.” Sometimes shortened to “cis” (much in the same way that transgender is often shortened to “trans”), this term is used to describe someone who identifies with the gender associated with the sex they were assigned at birth. For example, my spouse, Lauren, is a cisgender woman: she was assigned female at birth and identifies as a woman.

Questions for the table: What ways have we been exposed to or learned about transgender identities? And what stories, narratives or intersecting identities were missing from that exposure?

How has the transgender rights movement differed from or intersected with other LGBTQ+ rights movements, like marriage equality, military service, etc.?

The fight for transgender rights and equality is far from over; and for some states, equal rights are under attack. However, transgender people have been a part of the national push for LGBTQ+ equality since it began. Trans people—more specifically, trans women of color—were the first to rise up and push back against police at the historic Compton Cafeteria and Stonewall Riots. Trans people were critical organizers during the AIDS epidemic in the 1980s and ’90s. Here in Boston, the first LGBTQ+ youth organization in the city was founded by the amazing Grace Sterling Stowell, a local hero and trans woman.

However, the movement for LGBTQ+ equality thus far has often centered on marriage equality for gay, lesbian and bisexual couples. Now that we’ve attained this exciting victory in the U.S., transgender rights are beginning to move to the forefront of our movement. We are pushing for nondiscrimination laws that ensure we can access hospitals, education or employment free from discrimination. We are working to educate health care and insurance providers about our unique health needs. We are creating policies to ensure trans and gender creative youth are safe in schools and at home.

Not only that, but many of us in the LGBTQ+ rights movement are also working for equality broadly—economic justice, racial justice, immigration rights, health care rights and so many others. We know that when transphobia intersects with other forms of oppression, such as racism, classism, ableism and others, our community sees even higher rates of discrimination and violence.

Questions for the table: Who is Marsha P. Johnson? Sylvia Rivera? Who are other trans icons in the movement for social justice? How can we be better about lifting up their stories?

What are ways we can incorporate transgender rights advocacy, allyship or movement building in our own lives?

In my own work and life, I often come back to the passage, “Justice, justice shall you pursue” (Deuteronomy 16:20). The work for equality and justice is an essential part of my Jewish faith. So not only is it important to advocate for the rights of marginalized communities, but it is an expression of my faith to do so.

The first and most important way to be an ally in your everyday life is to seek out educational and media materials about the trans and gender creative community. More specifically, look for materials or opportunities led by trans voices. There is a wide array of media out there, but not all of it is provided in an authentic way for trans people.

Next, I would think about your own life and areas where trans voices are either absent or inaccessible. For instance, does your temple have any statement of inclusion for LGBTQ+ people? Does your place of work have a nondiscrimination policy that includes sexual orientation or gender identity? If not, find resources to bring that might be helpful. Keshet is an LGBTQ+ Jewish organization that can help you think about ways to make a shul more inclusive. Organizations like the Mass Trans Political Coalition, GLAD and others may be able to help with policy materials as well.

Lastly, think about ways you might be able to support the trans rights movement. Volunteer opportunities are available across the Boston area, especially for the upcoming trans rights ballot initiative. There are trans-led, trans-focused organizations locally and nationally that rely on donations to keep their doors open. These are all great ways to make trans rights a part of your personal pursuit for justice and equality.

Question for the table: Make a plan together of ways we want to be involved in the transgender rights movement. Are there volunteer opportunities, events we can attend or trans-focused media (movies, theater, television) we can support?

How is gender identity or expression represented in Jewish faith, texts or history?

It’s important to remember that trans and gender creative people are not a new phenomenon or a “creation” of the millennial generation. We have been a part of human history since its beginning. Which begs the question: Are there trans or non-binary people in Jewish texts or history?

I could spend days writing about the ways in which gender shows up in the Torah and Talmud in unexpected and fluid ways. From the very beginning, God created Adam (or more specifically ha-adam), the first human: before God splits Adam to create Eve (from Adam’s side or rib, depending on your reading), this first human (ha-adam) is both man and woman, containing the elements of both. And, as we read, Adam’s initial form was created “in God’s image.” Does that mean that God is both man and woman, and thus non-binary? Adam, and therefore God, do not fit into one gender alone, but all genders, all expressions, including trans identities. Our tradition certainly recognizes and celebrates that multi-gendered deity-names for the almighty are both masculine and feminine. I know many congregations that have moved to using gender-neutral pronouns (“They/Them/Theirs” or “Ze/Hir/Hirs” for God, rather than the patriarchal and limiting “He”) to reflect this reading.

Granted, this is my interpretation (though one I’ve studied in text and with several rabbis over the years), but suffice it to say, the representation of trans identities is scattered throughout Jewish texts. The Talmud references not just two genders (man and woman), but six genders throughout.

Questions for the table: At first impression, how do you think the Torah and Talmud might address binary or non-binary trans identities? After learning more, are you surprised? How has your congregation or Torah study addressed gender? 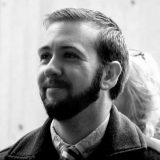 Mason Dunn
Mason Dunn is the executive director of the Massachusetts Transgender Political Coalition and co-chair of the Freedom for All Massachusetts campaign. An educator and activist, Mason is also an adjunct faculty member in the communications department at the University of New Hampshire at Manchester, where he specializes in LGBTQ images and perspectives. He has been an advocate and activist for transgender rights for over 10 years, working across the country to ensure equal rights and protections for his community. Mason graduated from the University of New Hampshire School of Law as a member of the Daniel Webster Honors Scholar program in 2012. He is a member of the New Hampshire Bar Association, the Massachusetts Commission for LGBTQ Youth and is on the board of the Trans United Fund.