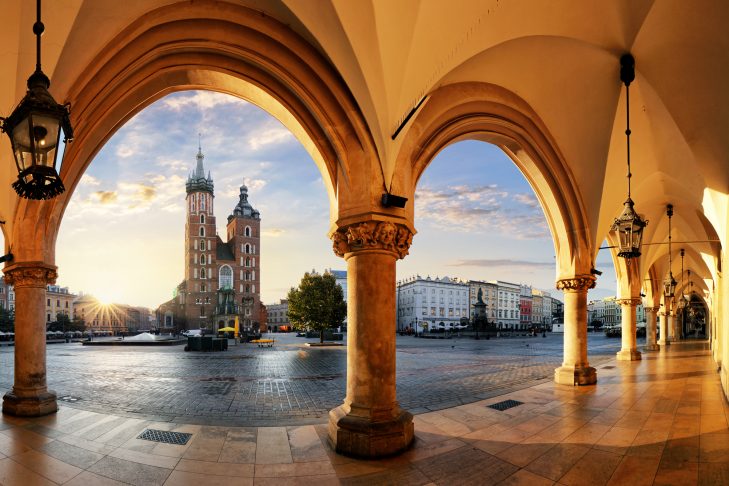 Join us for a talk, Q&A and refreshments.

Jonathan Ornstein lives, breathes, chants and repeats his slogans every day, all day: “Building a Jewish future in Krakow,” “Krakow: the city of Jewish rebirth,” “We can’t change the number of those murdered by the Nazis during the Holocaust; we can, however, change the number of those Jewish Poles lost to the Jewish world,” “Judaism is defined not by death and destruction but by life, survival and our ability to adapt to new circumstances,” and, “If we can rebuild Jewish life down the road from Auschwitz, what does that say about the resilience of the Jewish people”?

The JCC of Krakow is the primary institution providing social, educational and community-oriented services to the Jewish community of Krakow. Opened in April 2008 by HRH, The Prince of Wales, the JCC has quickly established itself as the focal point of Jewish life in the city both for Krakowians as well as visitors from Poland and abroad.

Since its opening, Ornstein has served as the executive director of the Jewish Community Centre of Krakow, an organization devoted to rebuilding Jewish life in Krakow. The JCC boasts over 600 Jewish members, welcomes 8,000 visitors a month and has become one of Poland’s most visible signs of Jewish revival. Prior to the JCC’s opening in 2008, Ornstein lectured in modern Hebrew at Krakow’s Jagiellonian University Department of Jewish Studies for six years and founded the “Gesher” association for Polish-Israeli dialogue.

A native of New York City, Ornstein moved to Israel in 1994, living for seven years on a kibbutz in the Negev desert and serving for two years in a combat unit in the IDF before making his way to Poland in 2001. He is a founding member of “Przymierze,” the Krakow Association of Christians and Jews, where he serves as vice president. He also serves on the boards of the Krakow branch of the Child Survivors of the Holocaust organization and JCC Global. In 2014, Ornstein was awarded the Cohon Award for services benefiting the Jewish people, and in 2015 he was awarded the “Bene Merito” medal by the Polish Foreign Ministry for his work promoting Poland.