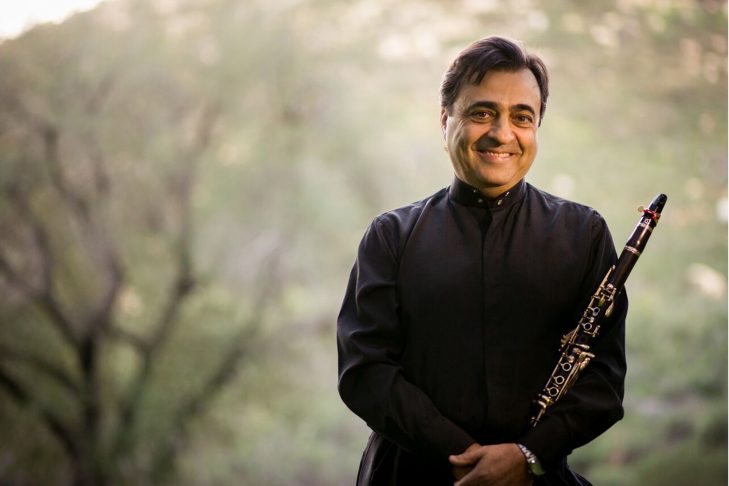 Internationally renowned clarinetist Julian Milkis, the only living student of Benny Goodman, performs a wide-ranging program of music from the 18th through 20th centuries.

The performance is preceded by a reception (5-6 p.m.) with light nibbles, wine and refreshments.

The blending of classical and jazz music is a specialty of Milkis and Kustanovich, who frequently share the stage. “The regular collaboration of the two artists imparts a conversational quality to their playing,” the Worcester Telegram and Gazette has written. “Besides musicality, what came across in their playing was personality.”

Milkis has garnered worldwide recognition as a dazzling soloist, classical chamber musician and jazz clarinetist. A student of the iconic Benny Goodman, Milkis stands out as a true “crossover” artist, and one of the leading practitioners of his instrument. He has performed in solo concerts or with orchestras on such prominent stages as New York’s Carnegie Hall and Lincoln Center, Salle Pleyel and Salle Gaveau in Paris, Great Halls of the Moscow Conservatory and the St. Petersburg Philharmonic, Roy Thomson Hall and Weston Recital Hall in Toronto and the National Concert Hall in Taipei, Taiwan. In addition to his classical repertoire, he is also a leading voice for his instrument in the field of jazz. His performances have been broadcast extensively on radio and television throughout the U.S., Canada, Europe and Asia. He has recorded for Warners’ Classic Lontano, the French Suoni e Colori, Sony’s Russian CEAUX and Russian Melodiya and Russian Season.

This program is presented by Ballets Russes Arts Initiative, in partnership with Congregation Kehillath Israel and Center Makor.