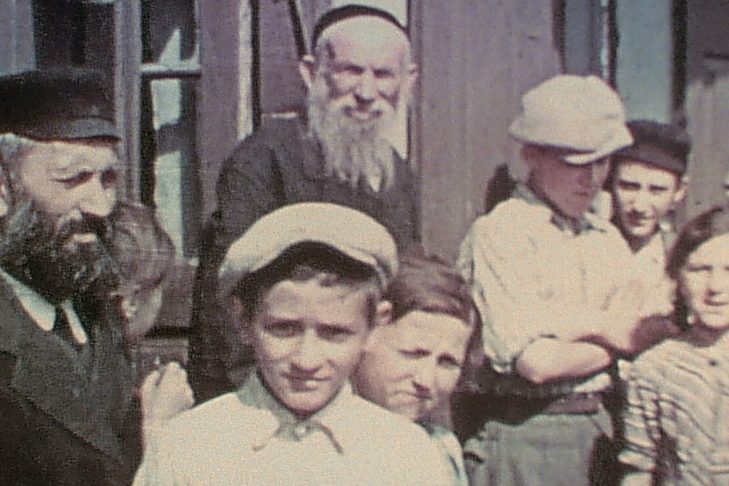 Announcing the Boston theatrical release of “Three Minutes – A Lengthening.” Directed by Bianca Stigter and narrated by Helena Bonham Carter (who is Jewish!), the new, award-winning documentary about the Holocaust, will open at Amherst Cinema, starting this Friday, Sept. 16, and run for approximately a week of screenings. Find all of the showtimes here.

Three minutes of home movie footage, mostly in color, shot by David Kurtz in 1938, are the only known moving images left of the Jewish inhabitants of Nasielsk, Poland, before the Holocaust. Those precious minutes are examined in intricate detail to unravel the human stories hidden in the celluloid.

Tracing the story of those three minutes begins with the journey of Glenn Kurtz to discover more about his grandfather’s film, ultimately leading to identifying people and places otherwise erased from history, and helping to connect a Holocaust survivor with his lost childhood.

The original home movie taken by David Kurtz in 1938 was restored and archived at the US Holocaust Memorial Museum.

“Three Minutes – A Lengthening” is co-produced by Oscar-winning director, Steve McQueen (“12 Years A Slave”) and narrated by Academy Award-nominated actress, Helena Bonham Carter (who is Jewish!). It ‘s also the winner of the 2022 inaugural DocAviv Yad Vashem Award for an Outstanding Holocaust-related Documentary.

New England Friends of March of the Living